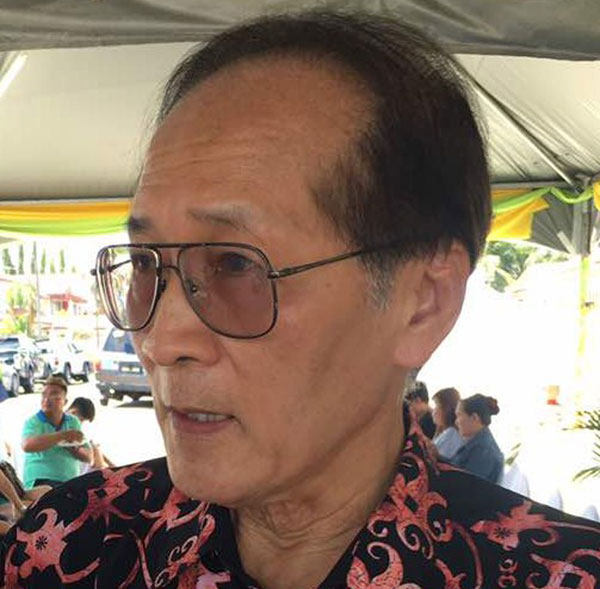 “Sibu-KK sector is included in MASwings contract with the Ministry of Transport under rural air service classification.

“What the Sibu business community wants is a jetliner to service this particular route.

“The Chinese and Bumiputera business communities sent a joint letter to Chief Minister Datuk Amar Abang Johari Tun Openg last month to  ask for this commercial sector serviced by a jetliner such as AirAsia.

“This is because MASwings’ service is poor and compounded with restricted capacity, it is going to affect the business communication and tourist arrivals.

“Don’t give it as an exclusive right for MASwings,” he said.

He said the joint letter was from Sibu Chinese community (represented by SCCCI), Dewan Usahawan Bumiputera and Dayak Chamber of Commerce.

Dr Hii noted that the new arrangement for extension between the ministry and MASwings would take effect from Jan 1, 2018 for a period of seven years but the finer details were yet to be finalised.

Asked if he had received any response from the Chief Minister, he said there was no written reply yet.

“However, during the Hari Raya Aidilfitri visit, Minister of Tourism, Arts, Culture, Youth and Sports Datuk Abdul Karim Rahman Hamzah said he would assist with the matter,” he added.

He disclosed that he had even brought up the matter to Dr Annuar and Minister in the Chief Minister’s Department (Integrity and Ombudsman) Datuk Talib Zulpilip.

He assured that SCCCI would continue to have inter-chamber dialogues to iron out issues.

“If there are important issues which could not be solved, they would be jointly referred to the state for assistance,” he added.