Thursday, June 4
You are at:Home»News»Sarawak»Porpoise found dead on Miri beach 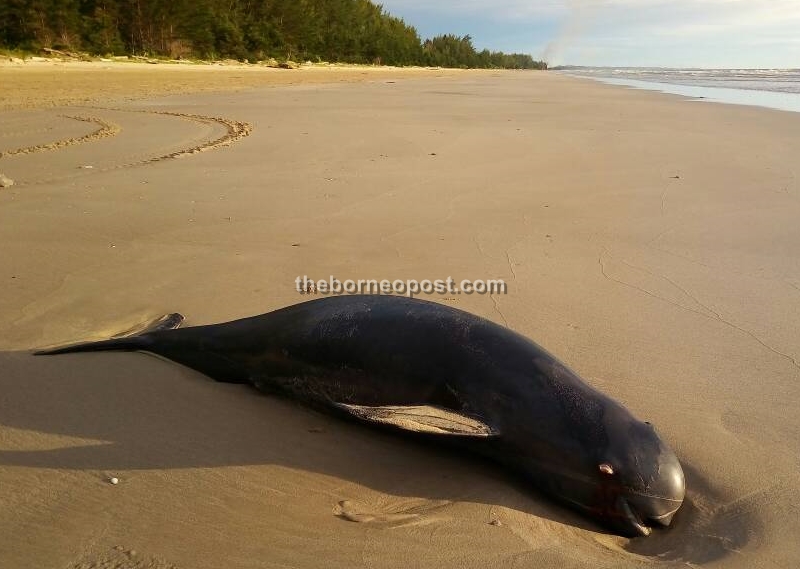 The porpoise is believed to have beached itself.

MIRI: A dead porpoise was found washed ashore near Beach Republic here at about 5.30pm today.

The marine mammal, estimated to be about 1m in length, is believed to be a finless porpoise due to its lack of a dorsal fin.

Numerous cetaceans in the state’s surrounding waters are protected under the Wildlife Protection Ordinance 1998 and threatened species on the International Union for Conservation of Nature’s Red List.