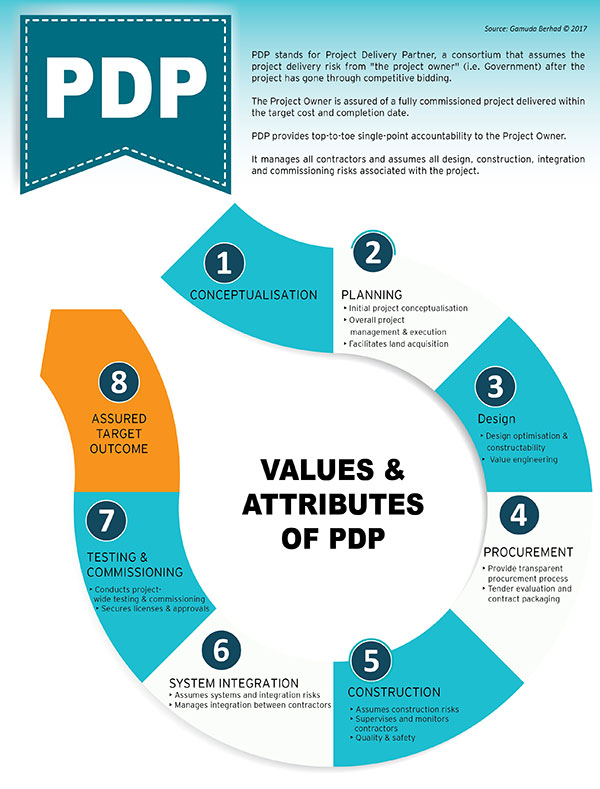 IT is an established fact that investment in transportation infrastructure not only serves as a people mover, but in effect has multiplier benefits. These include building communities and cities, and enhancing quality of life by offering employment and contract opportunities for the local people.

However, cost overruns, delays, failed procurement and difficulty in securing financing are common pitfalls that derail the timely completion of major infrastructure projects.

To counter these, many of the world’s most ambitious projects such as the UK’s Crossrail and South Korea’s High Speed Rail have adopted the Project Delivery Partner (PDP) model to take on the delivery risk from the Project Owner, which is usually the Government.

This was the rationale behind the proposal for a PDP to manage the construction of Malaysia’s largest infrastructure project to date – the Klang Valley Mass Rapid Transit (MRT).

Gamuda was appointed as the PDP given its proven track record of successfully delivering large-scale infrastructure projects as a design and build contractor.

This was a bold feat for a first-time initiative given the size and complexity of building the country’s first dual-line metro link that would traverse the busy and congested nooks of Kuala Lumpur and urban neighbourhoods in the fringes of the city centre with two lines – the Sungai Buloh-Kajang (SBK) Line and Sungai Buloh – Serdang – Putrajaya (SSP) Line – spanning 51 and 52.2km respectively.

But to Gamuda which thrives on engineering innovation, it was a natural next step, having built a solid reputation for always delivering on time.

What’s more, the 40-year old company was confident it could count on its talented and expert workforce to pull this mammoth endeavour through.

Gamuda delivered on its promise twice – completing the first phase of the SBK Line in December last year and handing over the entire Line 1 on July 17.

Work is currently underway on the SSP Line, which is targeted for completion in 2022. 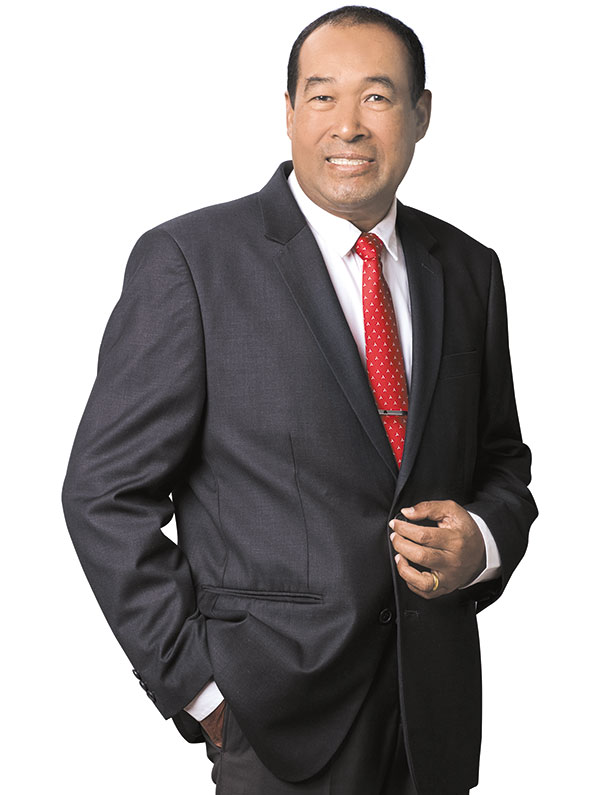 “The PDP’s main role was to manage and integrate all civil, infrastructure and systems contractors involved. We were involved every step of the way from conceptualisation until commissioning, providing oversight and stepping in to resolve issues when necessary,” he said.

According to Ubull, the PDP also had to formulate specifications for cost, time, safety and quality to deliver a world class operating rail link.

He added that the PDP’s management ability and construction experience came into play in mitigating risk of knock-on delays, contractual claims and cost overruns.

The PDP also manages the procurement process for all Work Packages jointly with the Project Owner and ensures quality and supervision of contractors for all the work packages.

“While the PDP would be responsible for packaging the works, the calling of tenders, evaluation of bids and selection of the contractors will be jointly handled with the Project Owner, in this case, the Government,” he said.

Ubull added that managing contractors for the various work packages was no mean feat – at the peak of construction for the SBK Line, the PDP had to manage 85 Work Package Contractors which included Naim Engineering Sdn Bhd and more than 18,000 MRT workers based at the 1,000 work-fronts along the SBK alignment.

And in the event any contractor failed, the PDP had to trouble-shoot to ensure the project delivery date and cost remained on track.

According to Ubull, the PDP also had to undertake many other non-technical tasks, which were no less significant, such as managing public expectations and complaints throughout construction.

“We were mainly working in highly urbanised environments which gave rise to concerns on public safety and inconvenience, managing traffic diversions and landowners’ resistance to land acquisition.

We also handled and managed all the approvals required from the authorities. In other words, the PDP makes or breaks a project,” Ubull said.

“It was no easy task, but one of the crucial factors that led to cost savings was the PDP having a team of experienced design and technical engineers to manage and review all design drawings prepared by the 15 engineering consultants.

“As a result, project designs were optimised before they were approved for construction and tender,” Ubull added. 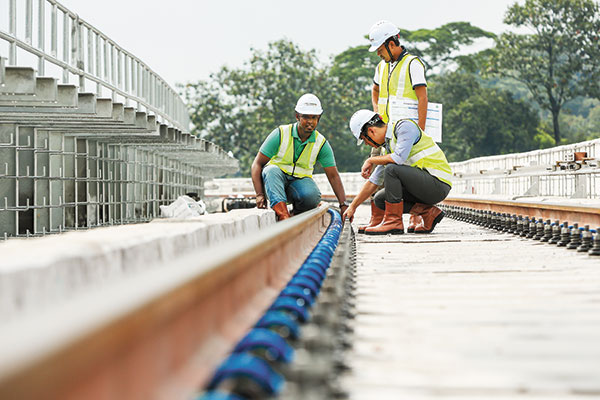 Ubull addresses a moot point that has been raised before – why not use the conventional project management consultant route to manage the construction of the MRT?

“The PDP approach was adopted given the magnitude and complexity of the MRT in terms of costing, construction method, stakeholder management, sub divisions in the form of packages and the huge number of contractors and sub-contractors involved,” he said.

He further explained the PDP concept goes beyond the Project Management Consultant – it has the added feature of being solely responsible to the Government to ensure the project is delivered on time and within budget.

“In recent years there have been cases where the consultant is the Project Manager and here we have seen negative repercussions usually related to delays and cost escalation.

“Instead, when the contractor is the PDP, it has effective control of managing the project towards delivery,” Ubull said, explaining that MMC Gamuda was the underground contractor for both the SBK and SSP Lines.

He added that a contractor also had more strengths than a consultant whereby the former would commonly be well-versed with commercial procurement strategies, be skilled in interfacing and coordinating various contractors with diverse specialisation and have expertise in the management and award of tenders.

Ubull said all these made it worthwhile to appoint a PDP for large-scale public projects to ensure its timely delivery.“The PDP fees are aligned to the project’s completion and delivery that may entail reduction in fees. And clearly, the Government has no regrets in going down the PDP road. MRT Corp has acknowledged the PDP for the success of the SBK Line, ” Ubull added.

MRT Corp is the developer and asset owner of the MRT project. The PDP model is proven to be the right approach having incorporated a high level of governance and accountability, yet ensures the work is done on time as verified with the MRT SBK Line.

Building on an unblemished track record

Gamuda’s other JV partnership, Naim-Gamuda has also been awarded a component of the Pan Borneo Highway in Sarawak, touted as the main transportation backbone for Sabah and Sarawak and expected to play a major role in the opening up of economic corridors and opportunities in Malaysia’s East Malaysian states.

Backed by a sterling track record in managing the development of large-scale projects on time, coupled with capability in engineering innovation and breakthrough solutions, Gamuda is touted as a frontrunner to win future large – scale infrastructure projects planned for the country.

Gamuda is ranked among the top 30 largest companies listed on Bursa Malaysia with shareholders that include large and reputable institutions such as EPF, KWAP, PNB as well as foreign investment funds and boasts a market capitalisation of RM13 billion.