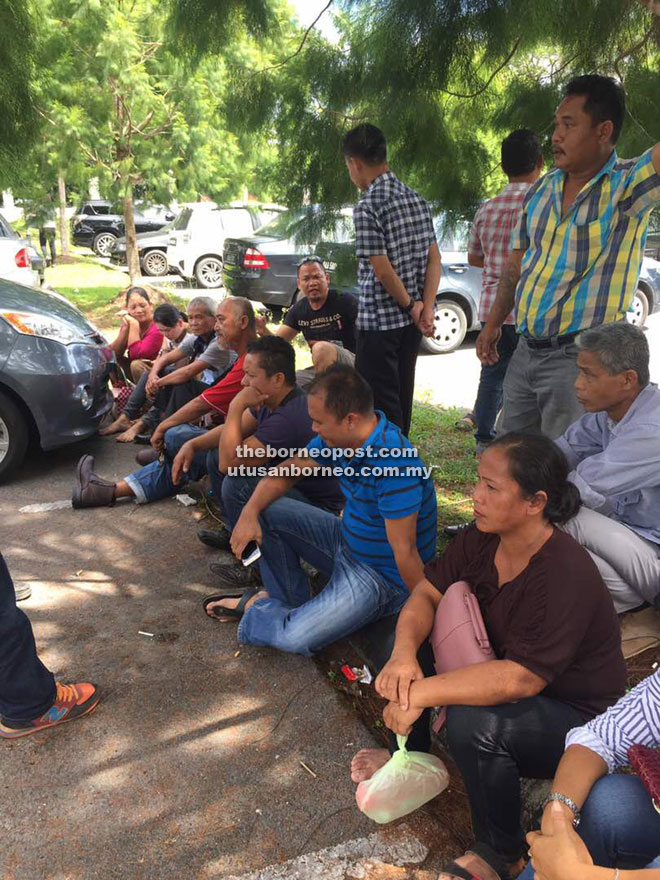 Villagers and their sympathisers waiting at the courthouse compound for the conclusion of the case.

KUCHING: The High Court here yesterday dismissed a claim made by residents of 17 longhouses at Melikin, Serian against two oil palm companies, the state government and Land and Survey Department that they have native customary rights (NCR) over a disputed land.

Presiding judge Alwi Abdul Wahab also dismissed a counter claim of loss and damages made by the two companies against the villagers seeking about RM18 million in compensation, ruling that there was no sufficient evidence tendered by the companies to substantiate this claim.

The state government and Land and Survey Department superintendent were named third and fourth defendants. The latter two defendants were awarded costs of RM5,000 each.

The plaintiffs were seeking for a declaration that they acquired a native customary right over a total of 12,500 hectares of disputed land and were denied of the right. They were also seeking a declaration that the issuance of provisional leases to the two companies was void and wrongful.

Meanwhile, in the counter claim, the two companies were seeking compensation, claiming that the setting-up of blockades and destruction of bridges had caused them to suffer losses.

They also claimed that the villagers had burnt down an excavator, a guardhouse and the workers’ belongings.