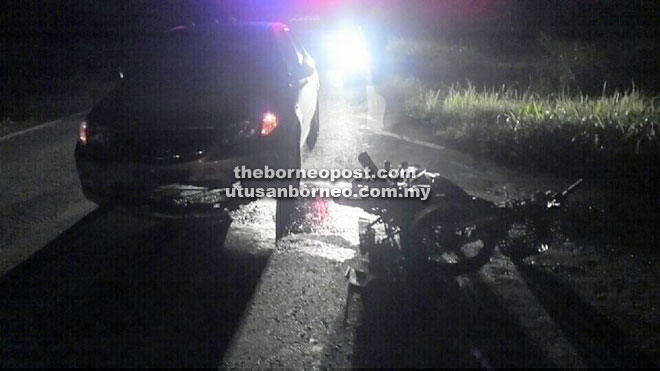 The two vehicles involved in the accident at Asajaya. 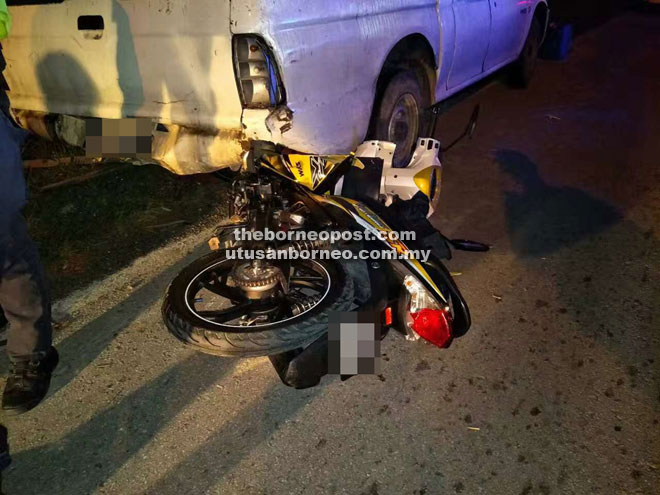 The motorcycle pinned under the 4WD vehicle at Malihah.

KUCHING: A 51-year-old motorcyclist was severely injured after colliding with a car at Asajaya early yesterday morning.

Witnesses had claimed the victim was dragged some 200 metres following the collision, which occurred between Kampung Semerak and Kampung Semput.

The victim was rushed to Sarawak General Hospital (SGH) and is now being treated at Red Zone.

The victim is said to have been thrown off his machine following the crash and was briefly pinned underneath the 4WD vehicle.

An ambulance arrived after being summoned to the scene and sent the victim to SGH for further treatment. 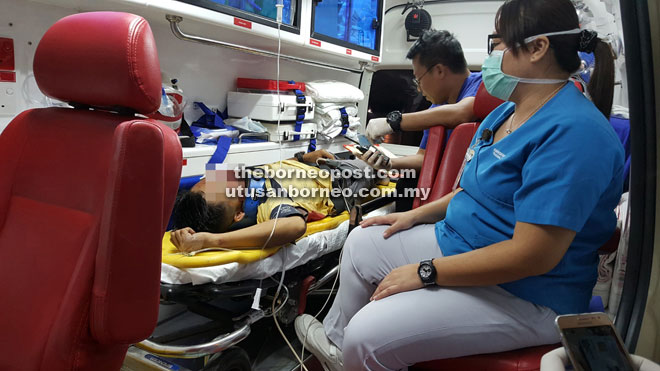 In another road accident, a man from Kampung Pinang Jawa suffered facial injuries after his motorcycle crashed at Satok Bridge yesterday.

It is believed the 27-year-old victim was heading to Satok from Petra Jaya when his machine went out of control and crashed around midnight.

He was taken to SGH in an ambulance and received medical attention for his injuries.