Sunday, October 17
You are at:Home»News»Sarawak»Two men arrested for suspected theft 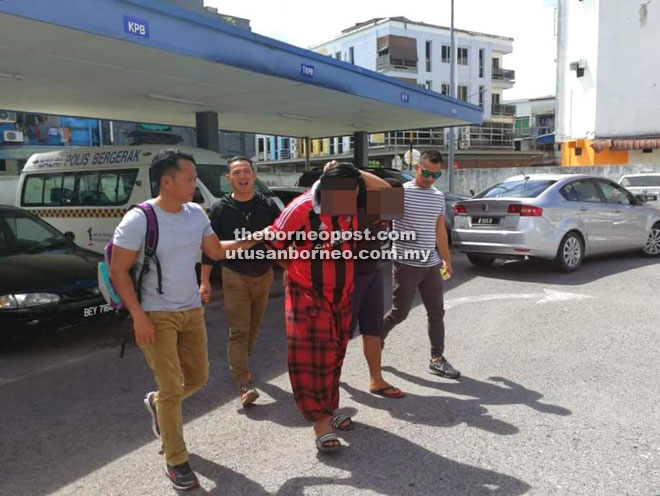 The two men taken to the police station for suspected theft at a supermarket.

SIBU: Two theft suspects were caught yesterday after they sneaked in through the back door of a supermarket in Teku Road to allegedly steal six frozen chickens on Sunday.

The theft was discovered when the workers looked at CCTV clips.

A report was lodged and from the CCTV clips, the police identified the suspects.

They arrested the suspects in Sibu Jaya yesterday at 10am.

The police found out that the stolen chickens had been eaten.