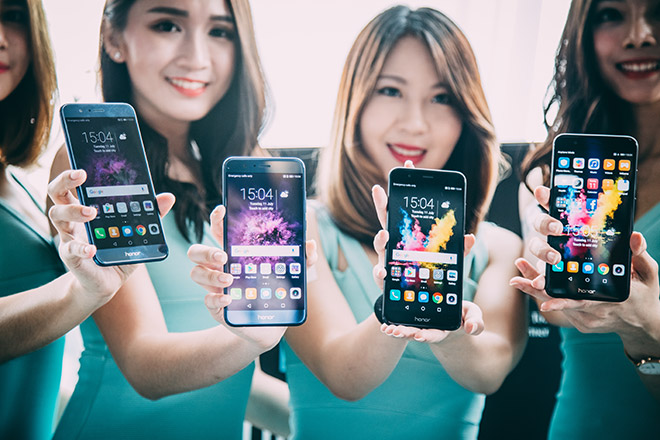 KUALA LUMPUR: Honor Malaysia has announced the launch of its super smartphone, the honor 8 Pro, which boasts maximum performance in a minimalist package, the stunning new device sets the standard in every way – with cutting-edge processing power, long lasting battery life, 5.7-inch Quad HD display and a dual-lens camera all packed into an impossibly thin 6.97mm body.

The honor 8 Pro has been engineered to meet the performance needs of today’s power users and gamers, with industry-leading hardware and software that delivers extreme speed.

The Mali-G71 includes support for the cutting-edge Vulkan graphics and compute API (application programming interface) and boosts graphic performance up to 400 per cent. honor 8 Pro will run the most demanding games at high frame rates with minimum lag and dropped frames, even in 3D.

The new EMUI 5.1 system leverages machine learning to learn from your behaviour and habits to minimise lag and ensure applications and files load smoothly.

Despite its high performance and slim profile, the honor 8 Pro’s battery provides two days of regular use, and almost 1.44 days of heavy use. Its 4000mAh high density (710 Wh/L) battery and advanced power-saving features spell the end of battery anxiety.

Multimedia and games shine on the honor 8 Pro, thanks to its Quad HD display boasting the highest levels of colour accuracy and detail – with performance nearing the Hollywood cinema standard. The display features a high resolution of 515ppi, 16700K colours and 94.5 per cent coverage of the NTSC color gamut.

honor 8 Pro also comes VR-ready, with a bundled cardboard viewer and pre-installed Jaunt VR app containing a wealth of video content. Users will also be able to dive into the exhilarating world of Galaxy on Fire 3, the first 3D game running on the Vulkan interface.

The honor 8 Pro’s combination of cutting-edge hardware and software culminates in its 12-megapixel dual-lens camera. The two lenses work in tandem to always deliver the perfect shot: the monochrome lens captures a black-and-white image with incredible depth of detail while the RGB lens ensure faithful and vivid color reproduction – and sophisticated software brings the best of two worlds together. The camera’s wide aperture range (f/0.95–f/16) delivers DSLR-like depth of field effects for both photo and video shooting.

The device also supports shooting of 4K videos, encoded in the efficient H.265 codec, which produces files twice as small as its predecessor.

Marking honor 8 Pro’s exclusive partnership for the 2017 Mobile Legends Southeast Asia Cup in Malaysia, Mandy Dai, senior marketing director from Moonton said, “I am honoured to announce this exclusive partnership with honor Malaysia and have the honor 8 Pro as the official gaming phone for the tournament which will be used by professional e-sport gamers. The honor 8 Pro is a device that offers exceptional speed, graphic and detail, and we believe that gamers will take pleasure through its superior user experience.”

The honor 8 Pro will be made available in the Malaysia market beginning July 11 at a retail price of RM1,999. vMall, the official licensed e-store for honor and Huawei will be the first online platform to offer the honor 8 Pro followed by honor experience stores and display zones beginning July 12. The first 100 customers who purchase the honor 8 Pro via vMall and share their purchase via a Facebook post will be able to redeem a powerbank worth RM128.