Friday, June 25
You are at:Home»News»Sarawak»‘Sarawak’s security not affected by change of CP’ 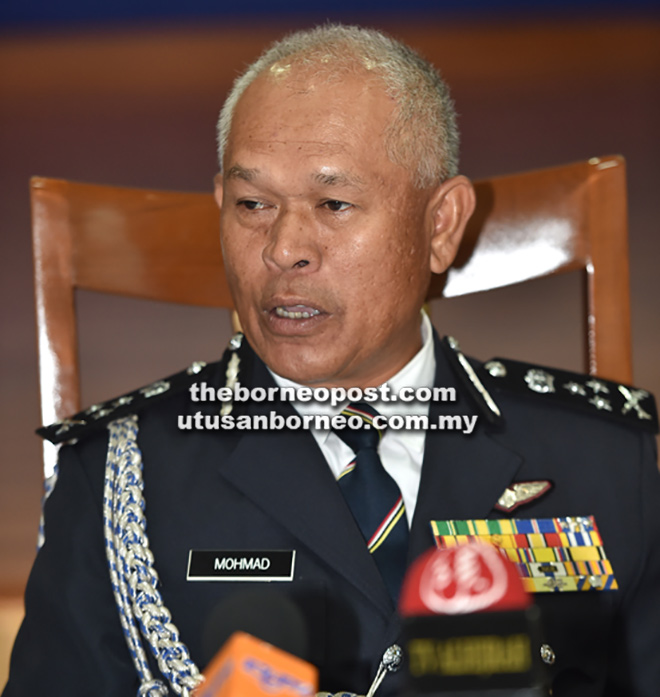 In giving the assurance after witnessing the handing over of duties from Datuk Mazlan Mansor to new Sarawak Police Commissioner Datuk Amer Awal yesterday, Mohmad said both Amer and Mazlan are experienced officers with calibre in policing duties.

“He (Amer) is a responsible and a man of integrity. He will ensure that Sarawak will remain peaceful and safe,” he said, pointing out that the new state police commissioner is the former deputy director of the Internal Security and Public Order Department at Bukit Aman.

Mohmad, who represented Inspector-General of Police Tan Sri Khalid Abu Bakar at the ceremony, was Sarawak Police Commissioner from 2008 to 2011.

“It is very apt that both men have been chosen to lead the respective states. I am very confident in them,” he added.

Mazlan, who was the state police commissioner for the past one year and seven months, was appointed as the new Selangor Chief of Police on July 7 following the retirement of Datuk Seri Abdul Samah Mat.