Wednesday, June 16
You are at:Home»News»Nation»How prepared are we for old age? 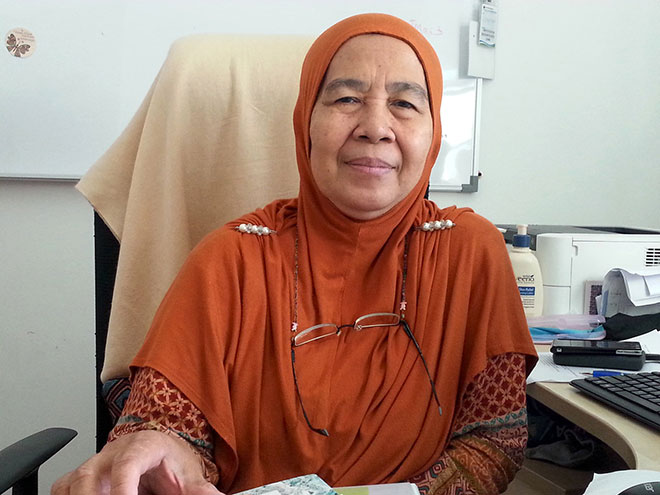 SERDANG: “I want everyone in this hall to close their eyes and imagine what it would be like when you are old, or whatever crosses your mind when you hear the word ‘old’,” said the woman in baju kurung to the noisy audience before her.

Her loud voice and firm manner commanded their attention. The 70sqm hall fell silent as the audience closed their eyes obligingly and imagined.

“Our faces will be lined and wrinkled,” a voice piped out from among them. “We would no longer be pretty. We would hobble when we walk,” said another.

“We would be afflicted with pain and illness. We may even be bedridden,” were among the responses from the men and women in the audience, who were in their 40s.

The speaker who was conducting the pre-retirement course, Dr Jariah Masud, was surprised by the superficial answers given. It was clear to her that many of them were still unaware of the importance of preparing for retirement and old age.

At their age, they should be able to think differently and come up with wiser answers, the Malaysian Research Institute on Ageing Senior Research Fellow told Bernama in an interview recently.

Sadly, those were the typical replies Jariah would get whenever she conducted pre-retirement courses.

“All the answers would be negative. Not even one person would mention having it good in old age such as having great health and financial capacity.

“They are more concerned about declining physical beauty and wrinkles. This is a cause for concern because they should already have a solid plan for their golden years by age 40,” she said.

Her worries were not unfounded. As someone who has dealt extensively in the wellbeing of senior citizens, Jariah is extremely familiar with issues related to the ageing, be it their struggle to earn a livelihood for survival in their golden years to being dumped in an old folks home because their children do not want to take care of them.

She thus came to the conclusion that the problem stems from society’s tendency to overlook the importance of planning for old age.

“This (conclusion) is not due solely to my findings from pre-retirement courses conducted. It is also based on specific studies of societal attitude towards planning for the golden years.

“My research revealed that some 50 to 60 per cent of youths do not at all spare a thought for their golden years.

“Would they be alone, have health issues or be financially sound? If we allow the status quo to persist, this problem that is plaguing the current generation of senior citizens would afflict them too and this is indeed worrisome,” she said.

Her concern is certainly valid as the number of senior citizens in the country is gradually increasing with Malaysia transitioning into an ageing nation by 2030, according to projections by the United Nations (UN).

In fact, Malaysia is projected to approach the status of an ageing nation even faster than developed countries. Data from the US Census Bureau shows that Malaysia would be taking only 23 years to double the population of citizens aged 65 and above from seven percent to 14 per cent.

The UN defines an ageing nation as a country with 15 per cent of its population consisting those aged 60 years and above.

The census data further showed that France took 115 years to achieve the status while the speed at which Sweden took to reach an ageing nation was 85 years.

An ageing population is therefore a reality that must be dealt with quickly and accordingly. It is an issue plaguing not only the country but the world as well.

According to the World Health Organisation (WHO), two billion of the world population is expected to be aged 60 and above by 2050, a 900 million increase from 2015.

“Based on the data by the Statistics Department, Malaysians are now living longer with the life expectancy for men to be 72 years and women 77 years.

“The increase in life expectancy and number of senior citizens are based on advances in medical technology as well as lowering of birth and mortality rate,” said Jariah.

Making saving up a culture

The increase in life expectancy means more people will live longer and thus subjected to the rising costs of living and healthcare.

That is why it is important to remind the people of the importance of preparing early for old age as the country heads towards the status of an ageing nation. However, what is saddening is that many people adopt a lackadaisical attitude when it comes to their future, especially when it comes to saving up.

“My research on Saving Behaviour (Tingkahlaku Simpanan) involving 969 respondents revealed that 92 per cent had a savings account since young. However, only 50 per cent saved systematically.

“Their excuse is that they will only save when they have the money to. This is the wrong attitude as the philosophy of saving is to consistently save every month even though the amount may be small. Remember that a penny saved is a penny earned,” she said.

Many studies have shown that today’s generation tended to spend excessively to support lavish lifestyles, so much so that they are unable to save for old age.

A research by the Asian Institute of Finance shows that Malaysian youths tended to accumulate debts from a young age while 40 per cent spent above their means and lived in a perpetual cycle of financial problems.

This kind of lifestyle is very risky as it does not guarantee a high level of wellbeing in old age. Furthermore, many individuals today are frequently exposed to health risks due to unhealthy lifestyle choices.

“If they are diagnosed with diabetes at age 40, they would need lifelong treatment as it is an incurable disease. All of these require money and that is why savings are so important.

“We cannot rely on our EPF (Employee Provident Fund) savings alone as many cases have shown that many people burn through it or used it unwisely. We need to have other forms of savings and insurance,” she said.

The problem is that many hope to rely exclusively on public healthcare facilities, resulting in an unusual amount of congestion at public hospitals. This attitude would undoubtedly lead to a hefty burden on the government.

People should realise that they cannot hope to fully rely on the government of their children as none of it is guaranteed. That is why it is important to take early precautions by saving up or taking up insurance policies for their golden years.

None of us would like to spend what is left of our lives in destitution or in an old folks home. — Bernama