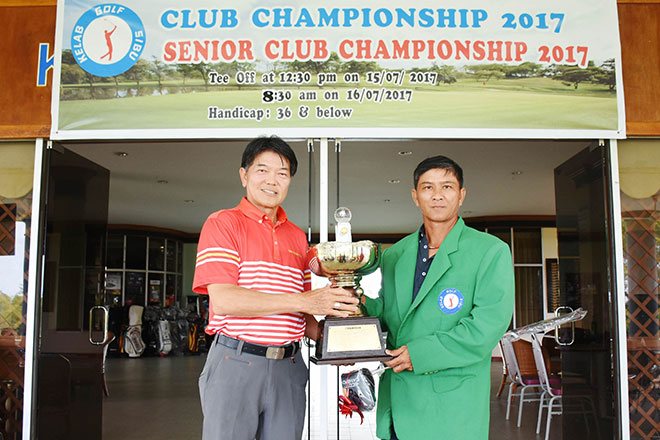 SIBU: Lee Ka Tung inked his reputation as one of the best golfers in the state when he defeated 80 others to win the Club Championship title for a record 18th time.

Lee scored an impressive 144 in the two-day competition organised by Sibu Golf Club at the Sibu Golf Course last weekend.

“I am indeed very happy to have won this championship for the 18th time. As far as I know, so far, no other golfers have won the competition as many times as me,” he said after receiving prizes from SGC captain Lau Hie Ping.

In second place was Wong Tung Ann who scored 146 (OCB) while Lau Ching Leong was third with a score of 146.