Sunday, November 29
You are at:Home»News»Sarawak»RM3 million to combat rabies

Federal, state govts fully committed to prevent the disease from spreading to areas outside infected zones

KUCHING: About RM3 million has been allocated to contain the spread of rabies in Sarawak.

Chief Minister Datuk Amar Abang Johari Tun Openg said both federal and state governments were fully committed in preventing the disease from spreading to areas outside the already infected areas.

“The federal government is helping us, and has spent about RM2.4 million to buy vaccine for humans.

“On our part, we have allocated about RM500,000 to purchase vaccine and equipment for the front-liners because we believe they must also be protected,” he told a press conference at Mile 10 (Kota Padawan) community hall near here yesterday.

The chief minister said with the vaccine they received from the federal government, the state would be able to prevent people from being infected by rabies.

“We hope this will be able to contain the spread of rabies,” he added.

He said that based on records, there were dogs from Kalimantan going into and roaming in areas in the Malaysian side of the border, and vice versa, and most of the affected areas were situated along the border.

He concurred that for now, the border areas seemed to be very susceptible to rabies.

“That is why we are going to discuss about collaboration with Indonesia, which is one of precautionary measures we are now taking.”

Abang Johari also said the kind of collaboration they were looking into would include the sharing of information and creating buffer zone at the border.

Uggah, who was also present at the press conference, said the sharing of information was vital so that both governments (of Malaysia and Indonesia) could alert each other of any (rabies) occurrence at any site.

“Early detection is the key. We plan to vaccinate dogs in the area and then we will try to restrict the dogs’ movement between the border.”

On a related subject, Uggah, who is also chairman of the State Disaster Management Committee, said there was no (rabies) suspect in the Mile 10  (Kota Padawan) area yet.

He said the idea of carrying out the dog vaccination exercise at Mile 10 was due to Siburan  already being declared  as a rabies-infected area.

He said since Siburan was not very far from Kuching, a buffer zone at Mile 10 would be built in the hope of stopping the spread of the disease to Kuching. 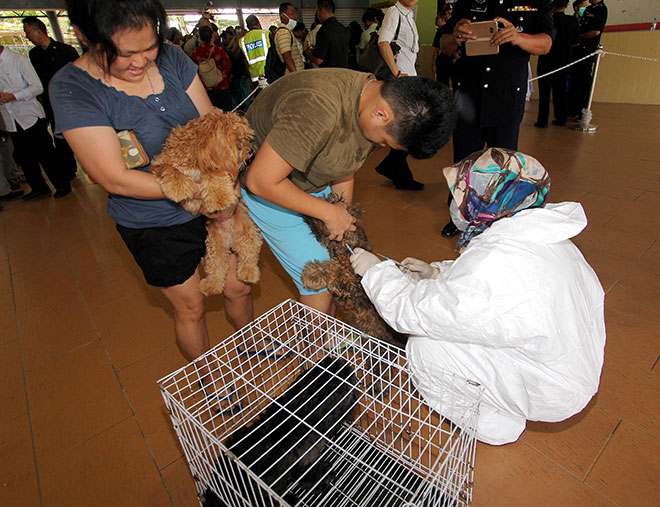 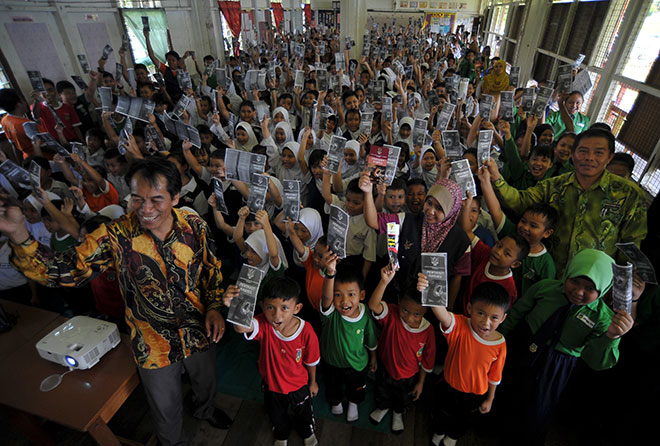 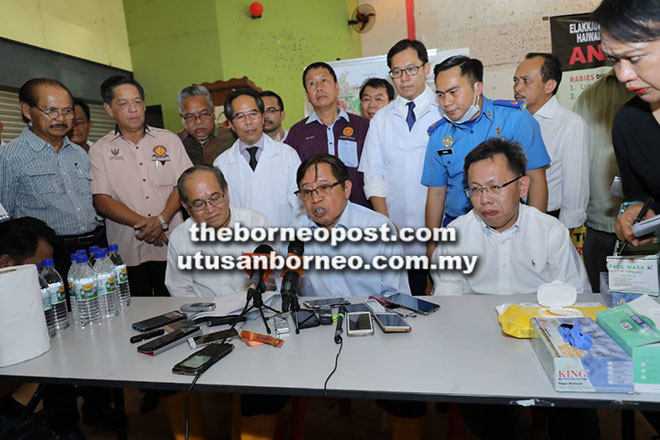 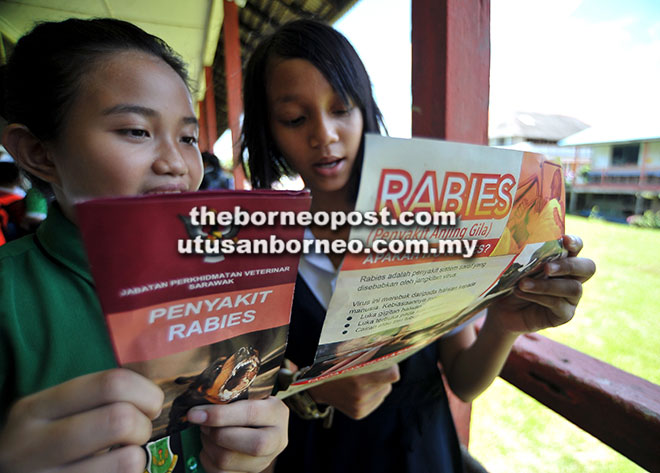 Uggah said the positive rabies case in Suburan only involved one stray dog.

“The idea is that if there is one dog rabies-positive there (Siburan), preventive measures would be implemented within the 10km radius.

“But, we have to go beyond the 10km radius to have a buffer zone, because Kuching is a big city. That is why we are operating at Mile 10 and Mile 7.”

Uggah also confirmed that one dog had been identified rabies-positive in Lachau near Sri Aman.

So far four people have  died from rabies. The first and second victims were siblings, a six-year-old girl and her four-year-old brother from Paun, Sungai Rimu, Serian, who died on July 4.