Sunday, January 29
You are at:Home»News»Sarawak»Fifth rabies victim in Sarawak dies
For the freshest news, join The Borneo Post's Telegram Channel and The Borneo Post on Newswav. 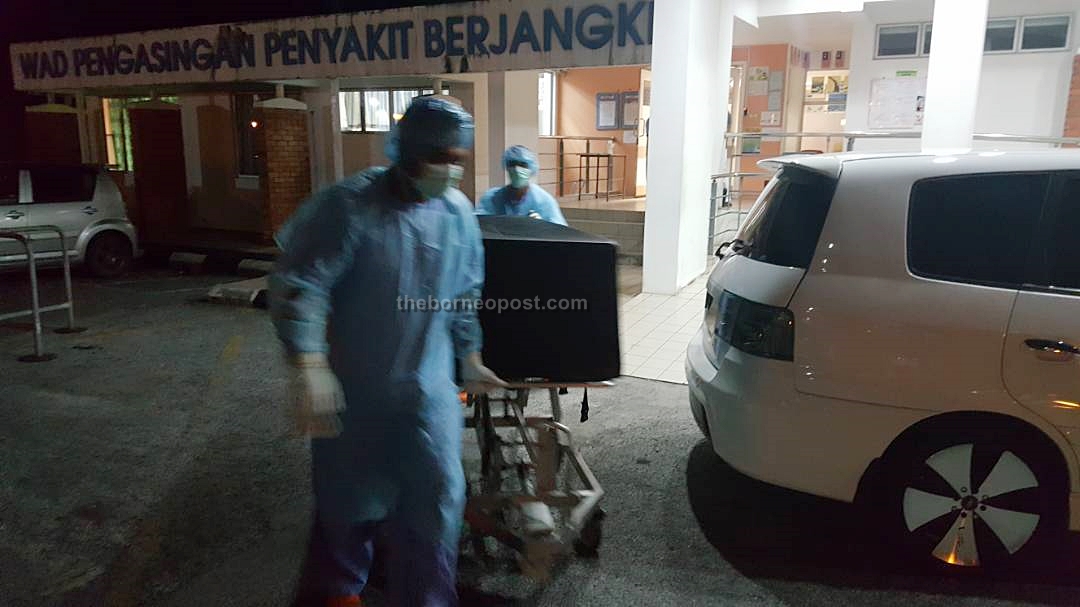 Hospital staff carrying the body of the fifth rabies victim in the state at the Sarawak General Hospital.

KUCHING: The fifth rabies victim from Serian has died at the Sarawak General Hospital (SGH) today.

The victim, identified as Tinding Lambang, 52, from Kampung Remun, passed away at 10.30pm due to rabies encephalomyelitis.

According to a statement issued on July 18 by Health Ministry director-general Datuk Dr Noor Hisham Abdullah, the deceased was bitten by a dog in early May, this year.

On July 11, he suffered from weak limbs, numbness and a backache as well as confusion and was admitted to SGH for further treatment.

He was later confirmed to be the fifth victim of the rabies virus on July 8 following a lab test.

Previous ArticleState Vet Services to hold vaccination for dogs at Mile 7, Kota Sentosa in light of rabies outbreak
Next Article It is RoS that is being funny, says DAP