Tuesday, April 13
You are at:Home»News»Sarawak»Ministry to continue implementing PBR through Felcra – Nanta 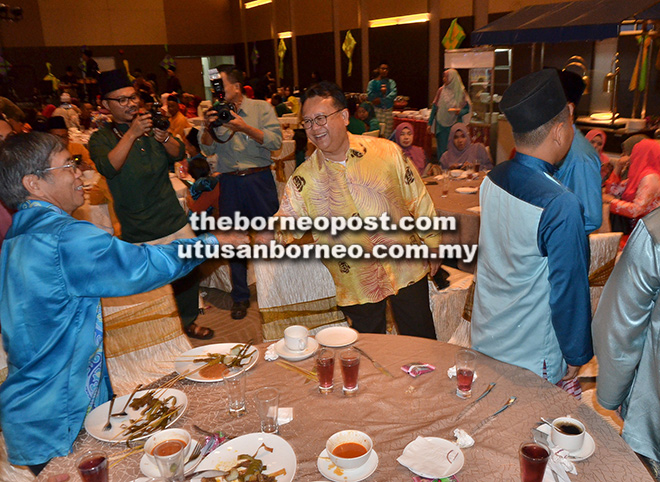 KUCHING: The Ministry of Rural and Regional Development will continue to implement its Housing Assistance Programme (PBR) through Felcra (Federal Land Consolidation and Rehabilitation Authority) Berhad for its target group in the state.

Its deputy minister Datuk Alexander Nanta Linggi said the programme under the Housing Project for the Hardcore Poor (PPRT) is meant for people in rural areas and the interiors.

“The ministry will channel allocation to Felcra to implement this programme to assist its target group in rural areas and the interiors who need a house, whether to construct a new one, to repair or to upgrade,” he told a press conference after attending the ‘Majlis Sinar Raya Aidilfitri dan Ngiling Bidai Gawai Felcra Berhad Wilayah Sarawak’ function at a leading hotel here yesterday.

Apart from PPRT, Nanta also noted that Felcra will also be assisting in implementing infrastructure projects such as constructing and upgrading village roads and so on.

“Felcra’s role, including in Sarawak, is not only on developing oil palm plantations and other crops but also to help the Ministry of Rural and Regional Development in assisting its target group in rural areas.”

Meanwhile, Felcra chief operating officer Zainal Abidin Sharif said Felcra was currently in the process of expanding its plans in terms of income in Sarawak.

According to him, the initiatives which will be implemented include the management and development of farms.

“We are open to opportunities for lands to be developed and those who wish to participate are welcome,” he said.

He also pointed out that Felcra as a national driver in the food industry has also identified Sarawak as a location to run the programme.

“What we plan to do encompasses paddy crops, poultry, cattle and so on,” he explained.

He also touched on the distribution policy of Felcra dividends to participants in Sarawak which he said was the same nationwide.

“The distribution will be carried out three times, usually in conjunction with the festive season; in December before school opens and after the closing of accounts in March or April.”

A total of 460 guests attended the celebration; among them was Felcra Sarawak general manager Rasidi Ahmad.