Sunday, February 5
You are at:Home»World»Trump won’t let Assad get away with ‘horrible’ crimes
For the freshest news, join The Borneo Post's Telegram Channel and The Borneo Post on Newswav. 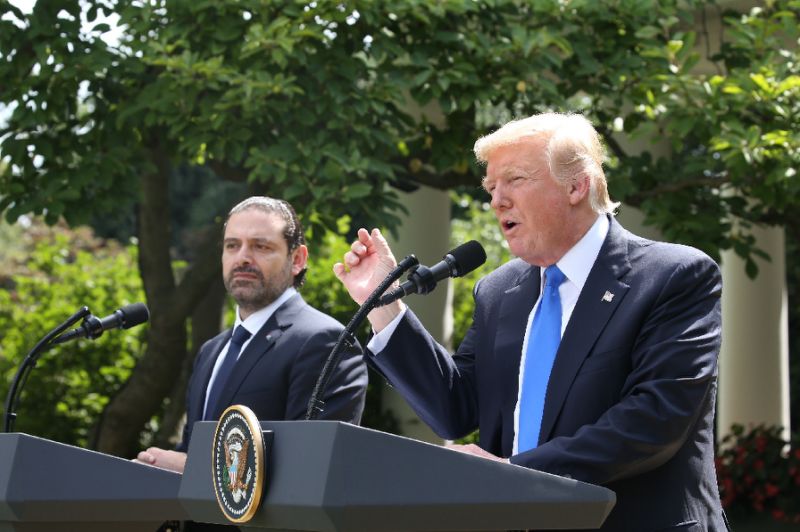 Trump is pressuring Republicans to repeal and replace his predecessor Barack Obama’s health care reforms — one of his main campaign pledges. AFP Photo

WASHINGTON: US President Donald Trump accused Syria’s leader Bashar al-Assad on Tuesday of committing “horrible” crimes against humanity and vowed to prevent his regime from carrying out any more chemical attacks.

“I’m not a fan of Assad. I certainly think that what he’s done to that country and to humanity is horrible,” Trump said.

Recalling that he had ordered cruise missile strikes on Assad for using chemical weapons, Trump said: “I am not somebody that will stand by and let him get away with what he tried to do.”

Trump also claimed Syria today had his predecessor Barack Obama taken action against Assad after drawing a “red line in the sand.”

Trump accused Iran and Hezbollah, which the United States considers a “foreign terrorist organization,” of fueling the humanitarian disaster in Syria.

“The group continues to increase its military arsenal which threatens to start yet another conflict with Israel,” Trump said. “With the support of Iran, the organization is also fueling humanitarian catastrophe in Syria.”

Hezbollah’s “true interests are those of itself and its sponsor, Iran,” he added.

Trump demurred when asked to comment on possible additional sanctions against Hezbollah.

“I’ll be making my position very clear over the next 24 hours,” he said. “I have meetings with some of my very expert military representatives and others, so I’ll be making that decision very shortly.”

Trump praised the Lebanese army for “fighting continually to guard Lebanon’s border and prevent ISIS (the Islamic State group) and other terrorists… from gaining a foothold inside their country.

“The United States military has been proud to help in that fight and will continue to do so,” he said. “America’s assistance can help ensure that the Lebanese army is the only defender Lebanon needs.”

The current draft State Department budget calls for cuts in US military assistance and analysts say Lebanon could be among the countries affected. – AFP

Previous ArticleHaze from Aceh forest fires no cause for alarm yet – Uggah
Next Article Earth’s 2017 resource ‘budget’ spent by next week: report