Thursday, February 2
You are at:Home»News»Sarawak»‘Develop Lusong Laku into tourism spot’
For the freshest news, join The Borneo Post's Telegram Channel and The Borneo Post on Newswav. 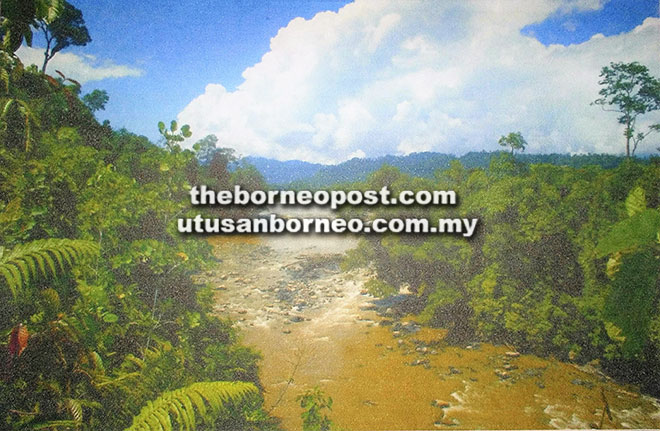 Situated at the upper end of Sungai Linau, Lusong Laku is home to the beautiful and magnificent natural ‘Wong Pejik’ (Pejik Waterfall), he added.

“Lusong Laku can be developed into a tourism destination and I am hoping the government and private sector can come together to develop the area.

“By doing so, they help to boost the social economic development of the Penan community,” he said when met by The Borneo Post here yesterday.

“The journey to Lusong Laku and the Pejik Waterfall begins from Bakun Wharf at the Bakun Lake from where it takes 45 minutes by boat to Long Jakar. From Long Jakar, it takes 9.5 km or two hours’ walk using the old timber road,” he added.

Chukpai described the scenery, flora and fauna and the natural landscape along the way as very nice amidst a virgin forest.

He hoped the tourism ministry can study the place and develop it into an ecotourism attraction.

“The natural landscape beauty is irresistible and nature lovers can make this their holiday destination in the heart of Borneo,” he enthused.

The rapids one ideal for white water rafting, which can be another eco-tourism pull.

And apart from ecotourism, Chukpai also wants to turn Lusong Laku into the food basket of Murum.

“Actually there was an initiative by 1Malaysia Advisory Board to do Lusong Laku padi project. But now they do not have enough funds and I am asking the Ministry of Modernisation of Agriculture, Native Land and Regional Development for assistance,” he said.

“I am optimistic that Lusong Laku can be developed further to boost the socio-economic standard of the Penan community.”

He also suggested the government set up a collection centre for the Penan community to bring in their agriculture produce to be marketed in other areas.

Chukpai also wished for proper roads to be built in the area to boost accessibility.