Friday, September 30
You are at:Home»World»Hillary to explain ‘What Happened’ in new book 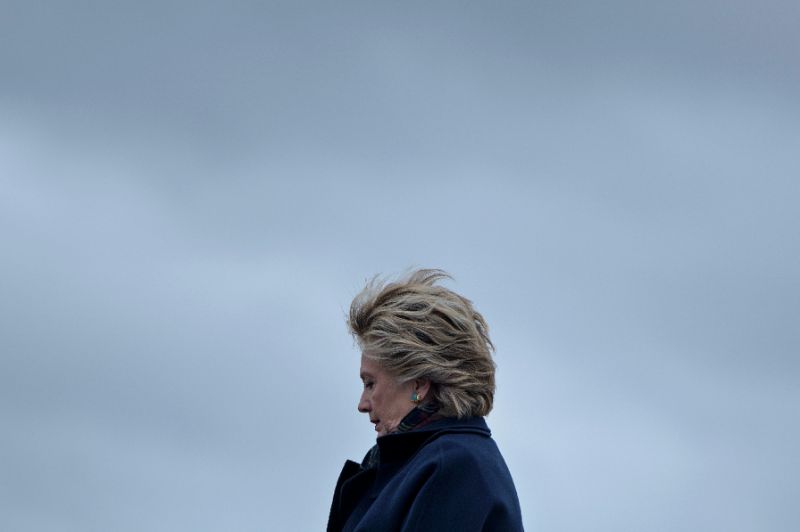 Hillary Clinton says “I’m letting my guard down” in promoting her new book, due out September 12. AFP Photo

NEW YORK: Defeated Democratic White House hopeful Hillary Clinton promises to let her guard down and explain what happened in her shock electoral defeat to Donald Trump, including the mistakes she made, in a book to published in September.

Publishers Simon and Schuster revealed Thursday that the previously unnamed tome would be entitled “What Happened” and would be the former secretary of state’s “most personal memoir yet.”

“In the past, for reasons I try to explain, I’ve often felt I had to be careful in public, like I was up on a wire without a net. Now I’m letting my guard down,” writes Clinton in the introduction.

Her publishers said the book would reveal what Clinton thought and felt during the bruising 2016 campaign that saw her make history as the first US woman to win the presidential nomination from a major party.

It will describe “what it was like” to run against Trump, “the mistakes she made, how she has coped with a shocking and devastating loss, and how she found the strength to pick herself back up,” they said in an announcement ahead of the September 12 release date.

Clinton would take the reader “inside the intense personal experience” of an election “marked by rage, sexism, exhilarating highs and infuriating lows, stranger-than-fiction twists, Russian interference, and an opponent who broke all the rules,” Simon and Schuster added.

The tome will also see Clinton double down on her belief that Russian interference cost her the White House.

Clinton has repeatedly blamed her loss on Russian cyberattacks and has alleged that associates of Trump likely had a hand in the effort.

She also says then-FBI director James Comey dealt her campaign a severe blow when — just days before the November election — he briefly revisited an inquiry into the scandal over her use of private email while at the State Department.

“Hillary shows just how dangerous the forces are that shaped the outcome, and why Americans need to understand them to protect our values and our democracy in the future,” Simon and Schuster said.

Trump has recently revived a campaign-era rallying cry that his former rival be prosecuted, setting off alarm bells in Washington and sparking accusations that he is seeking to divert attention from the widening probe into his campaign’s alleged ties with Russia.

Clinton is the author of five previous books, most recently “Hard Choices” published in 2014, as well as “An Invitation to the White House” and “It Takes a Village,” all published by Simon and Schuster. – AFP