Wednesday, February 1
You are at:Home»News»Sarawak»‘Tackle polluters before it’s too late’
For the freshest news, join The Borneo Post's Telegram Channel and The Borneo Post on Newswav. 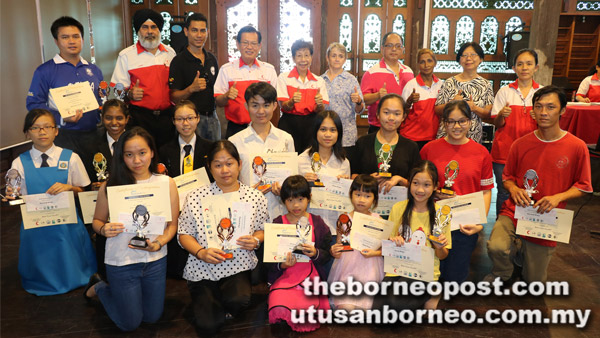 Lee (standing fourth left) flanked by Iqbal and Judy poses with other organising committee members and winners of the WOD Miri 2017 competition.

MIRI: Sarawak needs to declare ‘war’ on polluters before the environment gets more polluted and lives are endangered.

“We need to declare war on irresponsible polluters. We need to relook the existing laws as no amount of cleaning can be adequate in the absence of stringent measures.

Several cleaning campaigns had been done at Marina Beach. The most recent one in conjunction with World Oceans Day was done at Piasau Beach.

“In Piasau beach, 50.1 tonnes of rubbish were collected. There is so much rubbish along the beaches and rivers in Miri that there is something wrong here.”

Lee made the observation when closing the inaugural World Oceans Day (WOD) celebration in Miri yesterday.

He said among the long term measures to curb pollution are for local councils including Miri City Council (MCC) to identify the sources of pollution and solve them.

“Councillors must go all out to educate those in their Resident Committee Area and get the people to conduct cleaning campaigns on a regular basis.

“At the same time, MCC needs to strictly enforce the by-laws and bring offenders to court. So far no one had been brought to court for polluting the environment. We need stringent laws to prevent the recurrence of pollution. The community must give their support,” he said.

Lee commended the organising committee for WOD Miri comprising volunteers for initiating and organising five events this month. He hopes they will continue their efforts not just when celebrating WOD but other related activities.

“It was a successful celebration, for example, the cleaning campaign at Marina Beach where some 300 people from 12 organisations and members of the public braved the scourging sun to collect rubbish from the beach,” Judy recalled.

Other activities for the celebration were symposiums and competitions for students on Speech, Essay Writing as well as Art and Craft. The winners received their prizes from Lee.

At the closing ceremony were exhibitions on various activities held during WOD Miri 2017.

The focus of WOD 2017 themed ‘0ur Oceans, Our Future’ is prevention of pollution by plastic and cleaning the oceans of marine hazards. 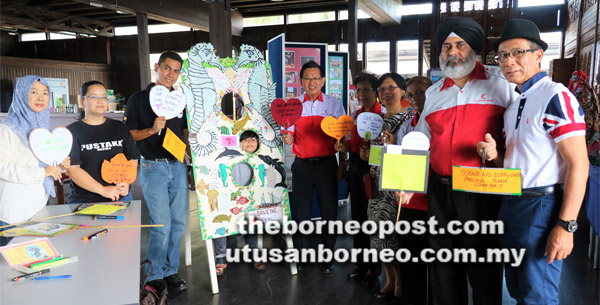