Saturday, May 15
You are at:Home»News»Sarawak»Consortium praised for helping SMEs market their products 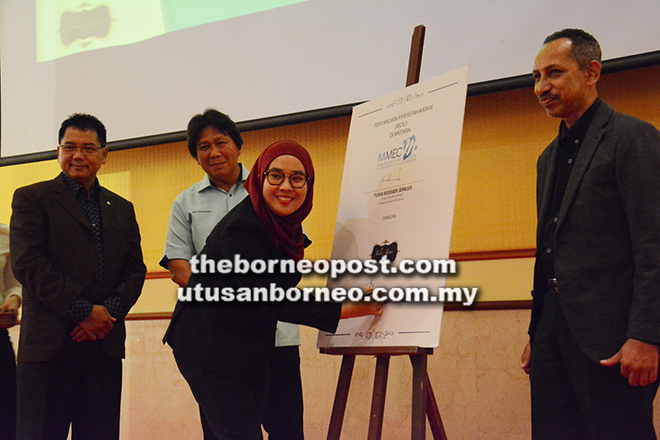 MIRI: Malaysian Millennium Entrepreneurs Consortium (MMEC) has been lauded for embarking on a journey to gather entrepreneurs in Sarawak and Sabah, as it opens a great opportunity for the small and medium enterprises (SMEs) here to market their products to local and international markets.

Deputy Chief Minister Datuk Amar Awang Tengah Ali Hasan, whose text of speech was read by Assistant Minister of Industries and Investment Malcolm Mussen, said while the effort is highly encouraged, MMEC must give attention to SME entrepreneurs in both the city and its outskirts so that they stand a fair chance to promote their products to a wider market.

“One Village, One Product, an initiative which had been practised by many countries including Brunei, is a great way to discover the potential and talents as well as opens an opportunity for them to change their livelihood through entrepreneurship.

“By marketing quality products at a fair price, it is a win-win situation for both MMEC, entrepreneurs and consumers,” Awang Tengah said.

He added that communication plays a vital role in business and consumerism.

“In digital economy, which has been highly promoted by the Sarawak government, that is set to reach out to more consumers, locally and internationally, for example China, India and Middle Eastern countries, communication could create greater opportunity, and thus, we like to see many of the entrepreneurs succeed in their own way,” he said.

MMEC, a Kuala Lumpur-based company established in February this year, has achieved success despite being in business for only five months.

Julie Jams has been appointed as the partner to help discover and develop products of SME entrepreneurs in Borneo and exporting the products.

The expo, held at Marriot Hotel yesterday, gathered a total of 18 brands of food products from Sarawak and Sabah.