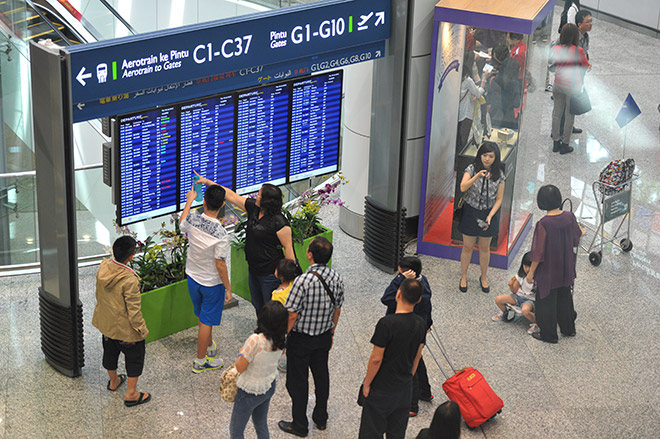 MAHB recorded strong passenger traffic growth in both its Malaysian and Turkish operations, and analysts believe that the airport operator could record a solid 2Q17 results. — Bernama photo

KUCHING: Malaysia Airports Holdings Bhd (MAHB) recorded strong passenger traffic growth in both its Malaysian and Turkish operations, and analysts believe that the airport operator could record a solid second quarter of 2017 (2Q17) results (out on July 31).

All in, the research team pointed out that MAHB’s passenger traffic growth came in above expectations.

“Consumers are drawn to the lower airline ticket prices made possible by lower fuel prices in the period as well as battle for market share by the airlines. ISG delivered 5.1 per cent traffic growth y-o-y in 2Q17.

“This is a quick rebound in growth since 4Q16 which suggests that the increasing domestic stability is providing the platform for sustainable traffic growth going forward,” it said.

It further noted that the rebound in ISG was the first y-o-y quarterly growth since late 2016 when the country has underwent some domestic political disturbances.

“Our recent visit to the airports affirms that KLIA is in dire need to increase its staff headcount.

“They are series of long queues everywhere (security checks and immigration) and it has come to a point where it is negatively impacting on the user experience.

“MAHB needs to invest significantly in order to boost its operational capability to enable it to cater to the robust traffic growth that it is enjoying,” it suggested.

Overall, the research team pegged a ‘hold’ call on the stock. It said, MAHB’s valuations are at a ten year peak based on enterprise value per earnings before interest, tax, depreciation and amortisation and profit per book value.

Similarly, it noted that foreign shareholding is at a record 33 per cent as of the end of June 2017.

“The level of investor optimism is at an all-time high and the management has to absolutely dazzle the market to obtain a further rerating.

“Taking a look purely on fundamentals, we believe MAHB risk-reward is fairly balanced and hence our ‘hold’ call,” it added.