Friday, February 3
You are at:Home»News»Sarawak»8-hour marathon as firemen battle three bushfires in a day
For the freshest news, join The Borneo Post's Telegram Channel and The Borneo Post on Newswav. 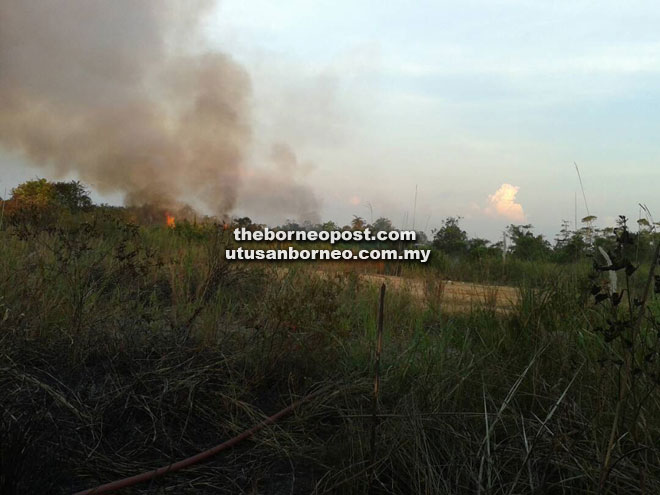 The bushfire at Jalan Puyoh. 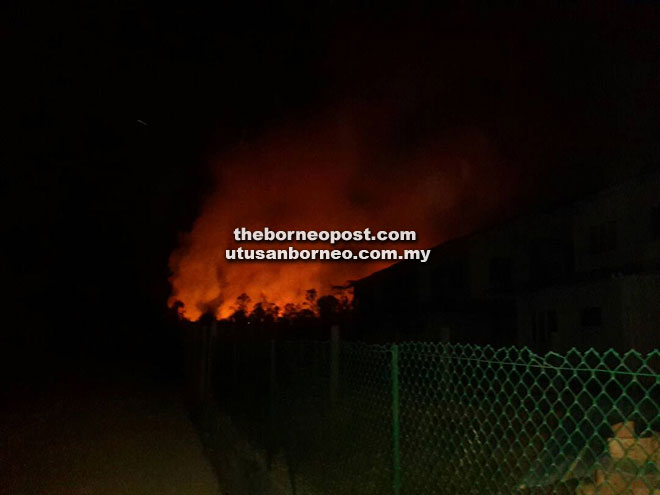 The bushfire at Jalan Sepat.

SARIKEI: Local firefighters were involved in a marathon session as they battled for eight hours to put out three bush fires in separate locations here last Saturday.

Seven firefighters were dispatched to the scene and managed to contain the flames from razing a larger area.

“Just as the operation had ended around 6pm, we received another call that a bush fire had occurred along Jalan Puyoh, off Jalan Rentap, about six kilometres away, and immediately headed to the location,” he said when contacted yesterday.

Suna said his men arrived at the scene to discover the raging fire had already razed about 15 acres of land, adding that firefighters focused on dousing about three acres and created a break to prevent the fire from spreading to nearby residential areas.

Their day, however, did not end then when a third distress call around 9pm saw firefighters sent to Jalan Sepat, roughly a kilometer away from the fire station, to contain yet another bushfire.

With water sourced from nearby fire hydrants, Suna said it took his men about two hours to overcome the blaze, with their operation ending at 11pm.