Wednesday, November 30
You are at:Home»World»Indonesia jails man who grew marijuana for cancer-stricken wife 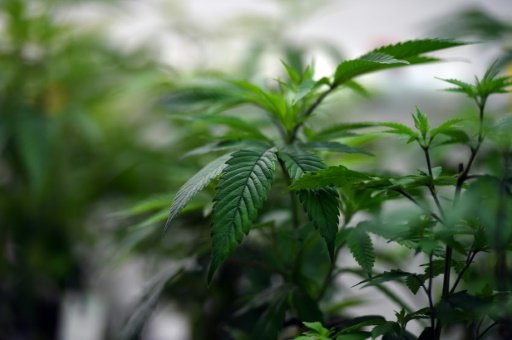 Fidelis Arie Sudewarto was found guilty of growing marijuana without permission by the Sanggau district court in West Kalimantan, even though it acknowledged that he did it to help his wife -AFP photo

JAKARTA: An Indonesian man who grew marijuana to ease the pain of his seriously-ill wife was sentenced to eight months in prison on Wednesday, despite an outcry from right groups and activists.

Fidelis Arie Sudewarto was found guilty of growing marijuana without permission by the Sanggau district court in West Kalimantan, even though it acknowledged that he did it to help his wife, who suffers from syringomyelia, a rare disorder which causes a cyst to form within spinal cord.

The case attracted nation-wide attention in Indonesia, where some world’s toughest anti-drugs laws are imposed, including capital punishment for traffickers.

“We are very disappointed with the verdict because the judges admitted themselves in their consideration that our client is not involved in drug trafficking, he’s not a dealer, he’s not even a user,” Sudewarto’s lawyer Marcelina Lin told AFP Wednesday.

Lin said multiple drug tests proved that the 34-year-old civil servant did not consume any drugs.

The court also ordered Sudewarto to pay a fine of 1 billion rupiah ($75,000) or serve one additional month in jail. Prosecutors previously only sought five months in prison for him.

The lawyer said Sudewarto began to grow marijuana after reading some articles on the internet that claimed the plants could ease his wife’s pain. He knew that he would be breaking the law.

After consuming the marijuana, his wife Yeni Riawati began to feel better and and the gaping wound on her spine began to heal, Lin said.

Despite Sudewarto’s explanation, the local narcotics agency arrested him in February. Riawati died a month after her husband’s arrest.

The widowed father of two, including a toddler, tearfully told his lawyers he was thoroughly disappointed by the court’s verdict.

“Our client said no matter what the verdict is, it would not bring his wife back to life,” Lin said.

Activists and human rights groups condemned the case against Sudewarto.

“The law itself is flawed, what he (Sudewarto) did indeed violated the law, but he did that to save a human life,” human rights lawyer Ricky Gunawan told AFP.

Indonesia has executed several foreign and Indonesian narcotics convicts by firing squad in the past few years. -AFP