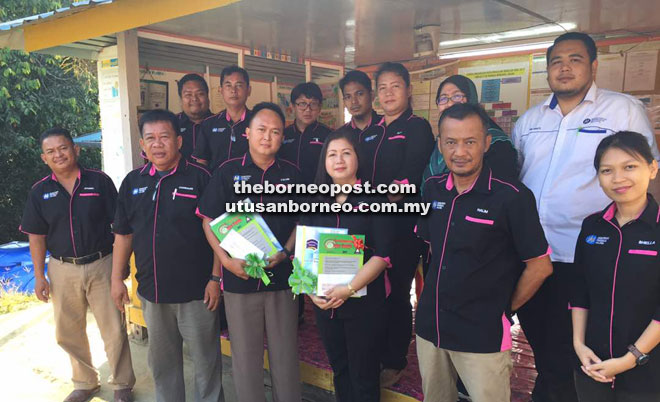 (From front second left) Changgan, Calvin, and Akiu are seen in a group photo with other teachers.

Calvin Rentap Cliffton Akoi introduced the ‘Kaedah Petak 1,000’ or 1,000 Box Method, which is used to convert units of length, mass and volume of liquid, while Akiu Tabau introduced the Kaceba Technique of dividing numbers less than one million using a two-digit number.

Changgan said both teachers earned PPSMS awards when the techniques were first published in the 25th edition of the association’s annual magazine, while for the latest ‘Bicara Pendidik’ edition, their works earned further recognition and received a consolation prize.

He added that publication of the techniques in the latest edition is timely as it would benefit both pupils and teachers with the Ujian Pencapaian Sekolah Rendah next month.