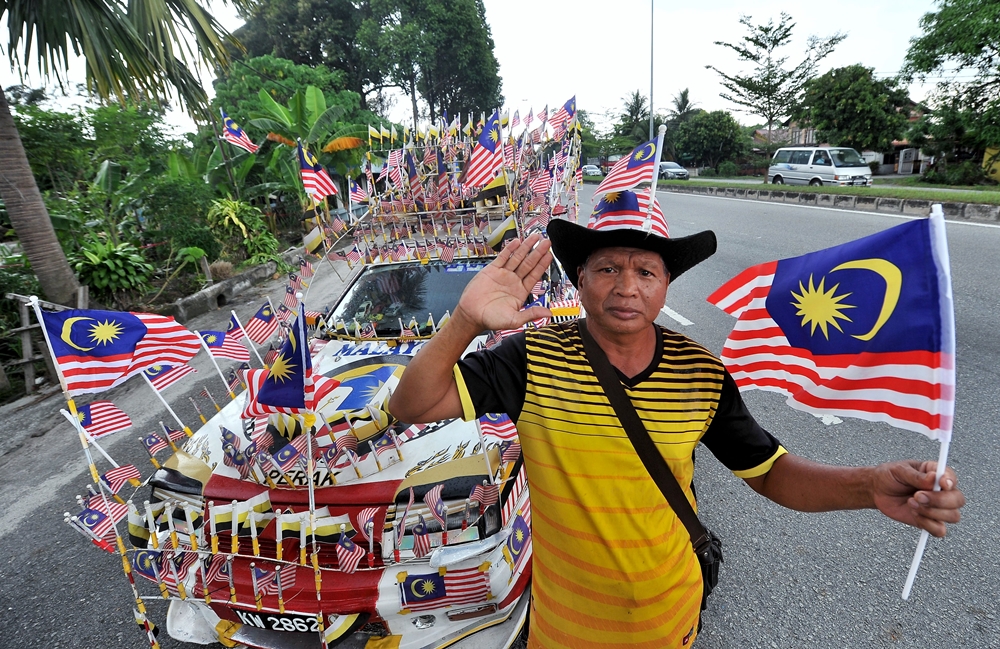 IPOH: The antics of a man who decorated his car with almost 100 pieces of the Jalur Gemilang frequently attracted the attention of residents and road users in the city, here.

Taza Alang Rahim, 55, who operates a food outlet at Jalan Tasek, here, was willing to spend about RM1,000 to buy the Jalur Gemilang and the metal stand for the flags fixed on his Proton Saga Aeroback which is more than 20 years old.

He said that he had been fixing the Jalur Gemilang on his bicycle ever since he was a teenager and began to fix the flags on his car for the past four years without removing them.

“Whenever I drive the car around Ipoh city every weekend, whether while driving or stopping at the traffic lights, the people whether motorcyclists or lorry drivers will take the photograph of this car.

“Not many people decorate their cars with so many flags, in fact, I was once accused of being insane for putting up so many flags on the car but I don’t care and don’t feel hurt,” he said when met by Bernama, here today.

The father of two said he did not care that he had to spend money to decorate his vehicle and would buy new ones when the existing ones were damaged.

“I decorate the car with the Jalur Gemilang not because I want to show off but because of patriotism and love for the nation, besides the fact that it is my hobby to put up the flags whether on the car or in front of the house.

“As a Malaysian citizen, I am proud to fly the Jalur Gemilang every time I drive around Ipoh city although it’s not the Merdeka month,” he said. – Bernama