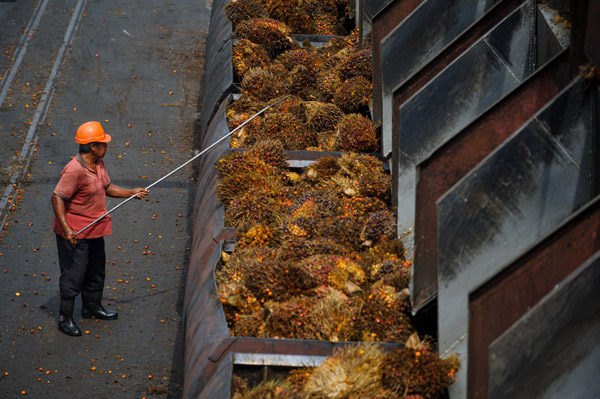 The research arm justified their stance by explaining that the seasonally stronger fresh fruit bunch production in the second quarter of financial year of 2017 would more than mitigate the recent lower palm product prices.

In an industry insight report, the research arm justified their stance by explaining that the seasonally stronger fresh fruit bunch (FFB) production in the second quarter of financial year of 2017 (2QFY17) would more than mitigate the recent lower palm product prices.

This represents a quarter over quarter (q-o-q) decrease of -12.3 and -34.2 per cent in price for the two products.

“However, CPO saw a 5.6 per cent expansion in price year on year (y-o-y),” it highlighted in its report. “Due to this, we expect upstream player’s earnings to improve on y-o-y basis as well.”

The only exceptions of players to this prediction under HLIB Research’s coverage are Felda Global Ventures Holdings Bhd and Hap Seng Plantations Bhd who saw a -3.1 and -0.3 y-o-y per cent decrease in FFB production for 2QFY17.

Looking at mixed-stream players, IOI Corporation is expected to see strong q-o-q improvement as they have managed to post an incredible 22 per cent increase in FFB production while also reporting improved profitability in its manufacturing segment.

On the other hand, Kuala Lumpur Kepong Bhd (KLK) is expect to post weaker q-o-q results as they have posted a flattish +1.4 per cent q-o-q increase for its FFB production while being continued to be dragged by weaker CPO and PK prices in its downstream segment.

“Nevertheless, we believe its core earnings will come in within our expectations, given the strong results achieved in 1HFY17 and the decent FFB production growth which saw +10.6 per cent growth in the first nine months of FY17.”

In a separate report, the research arm of MIDF Amanah Investment Bank Bhd (MIDF Research) also named mixed player Genting Plantations Bhd (Genting Plantations) to experience q-o-q weakness as their optimistic 12.3 per cent q-o-q increase in FFB production was not enough to compensate for the 12.8 per cent decline in CPO prices.

Y-o-y however, Genting Plantations’ increased FFB production rate is anticipated to contribute to a 67 to 95 per cent increase in its 2QFY17 earnings.

“We expect the upcoming 2QFY17 core net profit of Genp to be in the range of RM60 to RM70 million, a sharp increase from core net income of RM35.9 million in 2QFY16.”

“We continue to see value in Sime Darby, backed by its plan to unlock value via the listing of its property and plantation arms by the end of 2017.

“And we continue to like UMB for its strong FFB output growth prospects, healthy balance sheet and decent valuations among peers,” reasoned the research arm.

Meanwhile, MIDF Research reckoned that the outlook for Genting Plantation looks good with its FFB production and positive earnings, estimating an FY17 earnings forecast of RM338 million or a 12.7 per cent y-o-y growth.

Despite the optimism, the research arm still advocates a ‘neutral’ call to investors, believing that its valuation is currently rich at a forward price earnings ratio of 25.2 fold of FY27 earnings per share.