Friday, June 5
You are at:Home»Business»Influx in international flights continue to drive passenger traffic at airports 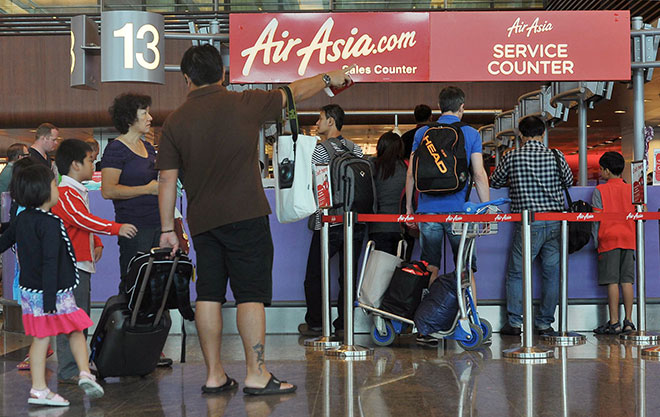 “International growth is supported by increased seat capacities by airlines and stronger travel demand while domestic contraction were due to seasonality factors,” the research team said.

At KLIA 2, passenger traffic continued to remain positive at 16.3 per cent y-o-y growth (International: 16.5 per cent, Domestic: 15.9 per cent), which it believed was attributable to strong growth from AirAsia Bhd (AirAsia) and AirAsia X Bhd (AAX).

“The relaxation of visa requirements for China and India, the haji season, the favourable exchange rate and increased seat capacity were among the factors that boosted international travel,” the research team said.

It also pointed out that growth between Asean and non-Asean pax displayed balanced growth, recording increases of 12.8 and 10.6 per cent y-o-y respectively.

In terms of airports, KLIA main terminal growth tapered to 2.5 per cent y-o-y as the effects of Malindo’s shift to KLIA MTB and MAB’s capacity cuts in early 2016 which caused a low base effect diminished.

“Overall load factor for carriers stood at 77.5 per cent,” it added.

As for MAHB’s Turkey operations; ISG, the research team noted that pax traffic at the airport, registered its first double-digit percentage growth in 2017, with July growing 12.7 per cent y-o-y.

“Positively, both international and domestic pax grew strongly, at 15 and 11.6 per cent y-o-y respectively, as the summer holidays travel season is in full swing,” it added.

Kenanga Research opined, “We are positive on the growth registered for 7M17 in Turkey given that

they had previously registered negative y-o-y growths since the negative streak of events, which shook Turkey since early FY16.

“We foresee this positive growth to continue, underpinned by stronger tourist arrivals. We note that this is also the first time Turkey had registered double-digit growth since May 2016.”

Overall, the research team maintained a ‘market perform’ on the airport operator. It said, “We believe rerating catalysts lies with stronger-than-expected recovery in Turkey, and higher-than-expected passenger growth in Malaysian operations.”

MIDF Research maintained a ‘buy’ call on MAHB. It said, “We like MAHB as a proxy to Malaysia’s resilient inbound/outbound travel industry, as the largest airport operator in Malaysia.”

It also noted that MAHB received an extension of its operating agreement (OA) which will last until 2069, providing clarity to investors on its longer term prospects as an airport concessionaire.

Aside from that, the company has imposed onto itself a one-year timeframe for negotiations with the Government on the terms and conditions for its OA extension.

“Items of interest to us include the rate of user fee it pays to the Government and source of funding for capital expenditure, of which favourable negotiations could prompt upward revisions to forecasts,” the research team added.