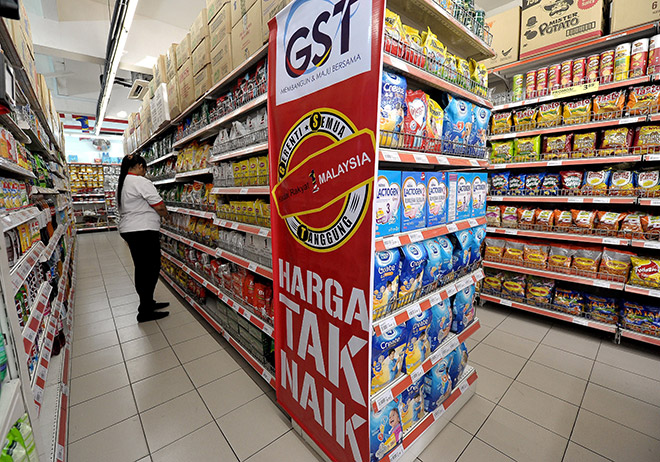 The continous solid performance in distributive trade could indicate that stronger domestic spending is in play for Malaysia and hence, this could drive the nation’s economy into a better position in 2017, analysts observed. — Bernama photo

KUCHING: The continous solid performance in distributive trade could indicate that stronger domestic spending is in play for Malaysia and hence, this could drive the nation’s economy into a better position in 2017, analysts observed.

In a recent economic update, the research arm of MIDF Amanah Investment Bank Bhd (MIDF Research) opined, “ Continous solid performance of distributive trade in June signals stronger domestic spending is in play and hence will drive Malaysia’s economy into a better position in 2017 compared to last year in particular via private consumption and services sector.

“Thanks to strengthening domestic demand and robust external sector performance, we opine Malaysian economy will be able to expand 5.1 per cent this year.”

It noted that in June, distributive trade expanded by 8.6 per cent year-on-year, reflecting a solid growth backed by a surge in retail trade that saw year-on-year growth of up to 13.9 per cent.

“Due to seasonal demand, retail sales recorded the highest ever growth performance in June. Wholesale trade grew by 8.4 per cent y-o-y, sustaining its form above the eight per cent level from the beginning of the year. Meanwhile, motor vehicles fell by 4.8 per cent y-o-y.

“Overall, this suggests an upward momentum in consumer spending which drive the domestic economy in recent months.

The research team also pointed out that the festive season is boon for distributive trade.

“As June came upon us, school holidays at the start and Eid al-Fitr in the closing of the month have been major factors in instigating demand, which has resulted in solid increase in sales of goods and services.

“We foresee in the second half, outlook shall remain bright given that upcoming festive seasons such as Deepavali and Christmas will occur during the half and plus long school holidays starting in November will drive up tourism activity,” MIDF Research forecast.

On a quarterly basis, it noted that there is an upward trend in distributive trade since the first quarter of 2016 till the second quarter of 2017.

“June’s recent figures mark the end of the second quarter of 2017 which saw growth of up to 9.7 per cent y-o-y.

“Meanwhile, similar uptick patterns recorded for the components of distributive trade, especially retail trade which rose by double digit in the second quarter,” it explained.

Hence, it believed the strong momentum in distributive trade would translate into higher growth for private consumption and services sector for the second quarter of 2017.

Meanwhile, it noted that while US recorded weak retail sales in June, China and the Asean region clocked in more positive numbers with China recording a retail sales increase of 11 per cent y-o-y, the highest in 18 months.

Regionally, it observed stable trend of domestic consumption in Asean as reflected in the retail sales performance.

“Hence, we opine the continuous improvement in retail sales in China and Asean region would have positive spiilover effects on Malaysia’s economy via export demand,” it commented.