Saturday, October 8
You are at:Home»News»Nation»‘Do not politicise religious matters’ 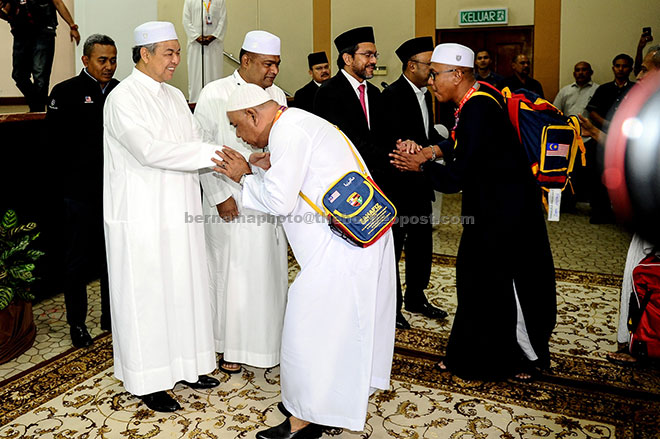 Instead, he said, they should use the political platform to strengthen Islam.

“It’s my principle that we can have differences in opinions, differences in political belief, but in (Islamic) religious matters, we should not use religion for politics,” he said when sending off Malaysian pilgrims for the haj pilgrimage at the Tabung Haji Complex in Kelana Jaya here yesterday.

Touching on haj management in the country, Ahmad Zahid said the federal government, through the Pilgrims Fund Board or Tabung Haji (HJ) had allocated RM260 million in subsidy, or RM9,570 per person, for haj pilgrims this year.

He said Malaysian haj pilgrims only paid RM9,980 each to go for the pilgrimage, while those in the neighbouring countries had to pay not less than RM15,000 each.

“If there is a state which gave RM500, Alhamdulillah (praise to God) , thank you, but do not feel proud because it is ‘ibadah’ (worship), not for politics,” he said.

Ahmad Zahid said it was because of the King of Saudi Arabia, Raja Salman Abdulaziz Al-Saud’s trust in Malaysia and the country’s top leadership that various benefits were obtained in the haj operations, including the selection of Malaysia as the first country in the world to be allowed to implement the pre-clearance programme for its haj pilgrims.

The programme allows Maklaysian haj pilgrims to undergo ‘pre-clearance’ at the Kuala Lumpur International Airport (KLIA) before departure, so that hey would not have to go through the immigration and customs checks at airports in Jeddah and Madinah. — Bernama