Thursday, May 28
You are at:Home»News»Nation»GST narrows avenues for tax evasion, says consultant 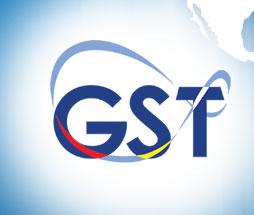 “Some evaded certain cash payments, as these are not really recorded, normally by restaurants and hawkers owners. Then, there were purchases that didn’t have invoices, for which expenses would be marked up, ” she told Bernama.

Yap said ever since the GST was implemented, it had become more difficult to do all these, as cash sales are hard to run away from and purchase invoices, need to have a tax invoice as well.

She said in doing the taxes, the situation is very linked and very hard to elude.

“After the GST, not only can the government collect revenue, it has also made the economy more transparent for businesses, as it is easy to trace the monetary inflow and outflow,” said Yap.

She said the government is paving the way for Collection, Intelligence, and Arrangement (CIA), a collaboration between the Royal Malaysian Customs Department, Inland Revenue Board (IRB) and Companies Commission of Malaysia, which reduces tax evasion even more.

“The information shared through the CIA, makes it harder for people to evade paying taxes,” said Yap.

She said another tax task force, the Aggressive Tax Planning Division under the IRB Special Task Department,  entails a tie-up with the Malaysian Anti-Corruption Commission (MACC), to cooperate in investigations, information sharing, checking abuse of power and tax collection.

“Those involved in corruption may face action under the Income Tax Act,” said Yap.

The launch of this task force, she added, is to investigate high-risk industries such as  jewellers, pawn brokers, licensed money lenders, the online medical business and businesses with approved permits.

“The IRB has stood by its decision to impose a 100 per cent penalty on tax dodgers, saying it is a method to deal with hardcore tax law defaulters,” said Yap.