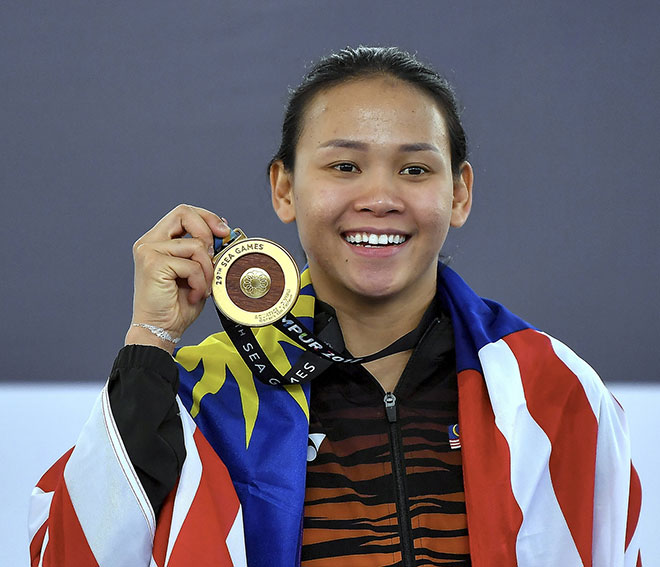 The 24-year-old amassed 341.65 points en route to defending her title.

Singapore’s Freida Lim Shen-Yan claimed the silver with 274.65 points while youngster Kimberly Bong Qian Ping took the bronze for Malaysia with 255.05 points. Pandelela, a silver medallist at the Rio Olympics last year, had won the 10m platform at the 2009 Vientiane Games; Palembang (2011), Nayphitaw (2013) and Singapore (2015), besides gold in the 10m synchronised at the 2007 and 2009 editions. It was her second gold in  the KL Games after winning  the mixed team event on Saturday with Gabriel Gilbert Daim.

Speaking to reporters after the prize-giving ceremony, Pandelela felt she could do better, but was happy with the gold feat.

“I could have done a whole lot better, there were one or two dives that were not too good. But I am still happy that got to retain the gold which is not any easy task in each edition,” she said.

Seeing 15-year-old Kimberly’s determination and hard work, Pandelela reminisced her younger days when she made her SEA Games debut in 2007, winning the silver in 10m platform event.

“I feel Kimberly is hugely talented diver and her entry into the water is superb, world class. I myself need to learn from her.

“I think in a year she will be at a much higher standard and raise her difficultly level,” she added. — Bernama