Thursday, August 11
You are at:Home»News»Sarawak»Aidiladha do fosters closer ties between Kanowit cops, folk 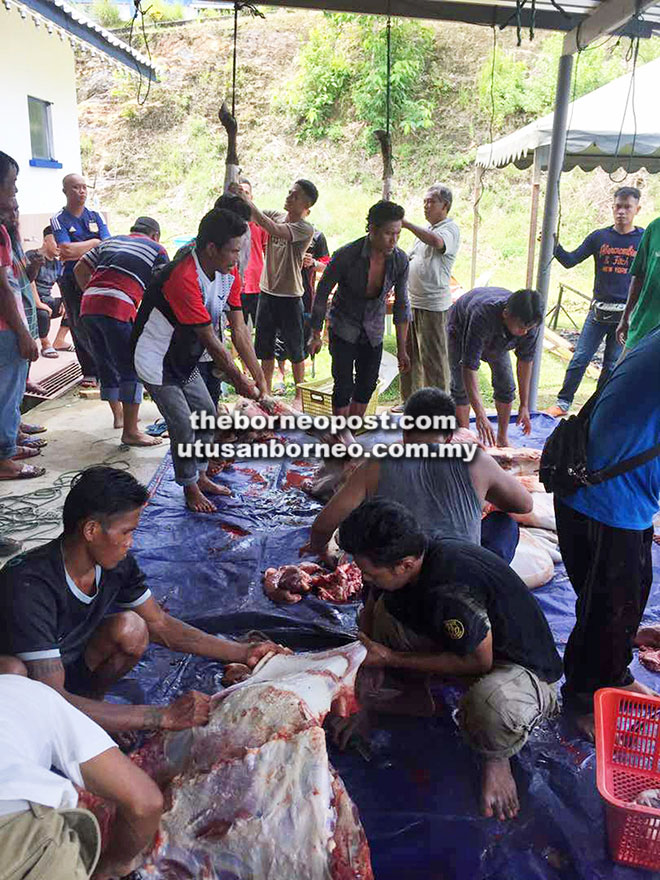 Police personnel and Kanowit folk work together in preparing the meat for distribution.

KANOWIT: The Hari Raya Aidiladha event hosted by the police here is aimed at fostering closer ties between members of the force, local leaders and the townsfolk.

The recent ‘Ramah Tamah Aidiladha’ at the police headquarters here also included the sacrifice of four heads of cattle.

“The key objective of this Aidiladha event was to get my men to be closer to the people here,” said Kanowit police chief DSP Daniel Benjamin.

He was also happy to see that the programme received encouring response from the local community.