Friday, August 14
You are at:Home»News»Sarawak»Teens handed over to police over suspicious motorcycle 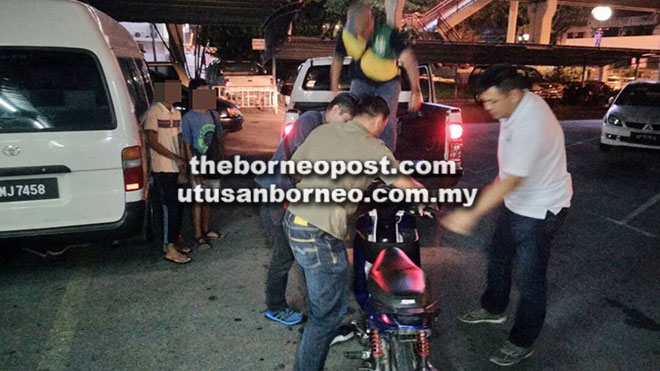 The two teens (left) look on as police arrive at the police station with the seized motorcycle.

MIRI: Two teenagers were handed over to the police after they were caught riding a suspected stolen motorcycle early yesterday.

The pair was initially stopped by a community policing team at Taman Tunku around 1am for a routine check after they were spotted behaving in a suspicious manner.

Upon checking, it was found that the motorcycle did not have a road tax disc, and that neither of the teens had a driver’s licence.

Police were called to the scene to take custody of the boys, who failed to produce any proof of ownership of the motorcycle when asked.

Both were taken to Miri Central Police Station (CPS) Miri for further investigation.