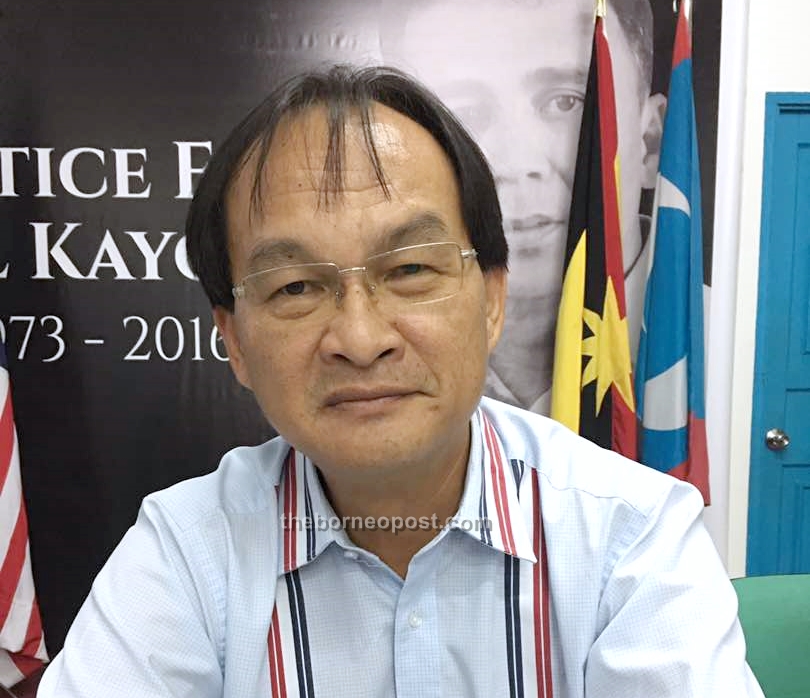 Baru, who is Ba Kelalan assemblyman, was referring to Deputy Chief Minister Tan Sri Datuk Amar Dr James Masing’s statement in an online news portal on Sept 7, stating that the government will stick to providing Jiwa Murni standard roads despite their poor quality and short durability.

“Frankly, I am surprised that he would make such a decision as the roads can only be used for a short period of time before they disintegrate and become reduced to muddy trenches, which are impassable by ordinary cars.

“Even off-road vehicles often get bogged down in the mud, as evidenced by the many pictures published by the papers in recent years,” he said in a press statement today.

Masing said what is important to the state government is to make as many rural villages accessible as possible in the shortest possible time and to create connectivity.

In citing the example of the Long Luping-Ba Kelalan stretch, Baru said it was built for RM57 million as a Jiwa Murni project some time ago but it is now as good as having no road.

He said it is not accurate to say that the damage is done by heavily laden vehicles such as timber trucks.

“There are no heavy vehicles using some of the roads in Ba Kelalan, but they have also deteriorated to appalling conditions nevertheless.”

Baru also said the Auditor General (AG)’s report 2016 heavily criticised the Jiwa Murni roads, and he had quoted part of the report in the State Legislative Assembly (DUN) in June last year: “Quality of work was less satisfactory. Road shoulders and drains were not built… There were potholes, uneven and muddy road surfaces. Road maintenance was less satisfactory… Besides faded road lines, there were untrimmed wild plants and grasses along road shoulders… safety of the roads built were ‘less satisfactory’ as they were steep and winding, with ‘no slope protection’.”

He said Masing, in his response, defended the Jiwa Murni projects by saying the Auditor General had found in their three-month audit that the roads in Kapit, Miri and Limbang had met the objectives in providing road connectivity and reducing travel time.

“If they had extended their audit to Lawas/Ba Kelalan, they would have seen, in addition to their findings of the badly built roads and unsatisfactory safety aspects, that the conditions of the roads or muddy tracks meant that connectivity was as good as lost, and that the Jiwa Murni roads are not a cost effective way of providing road connectivity.”