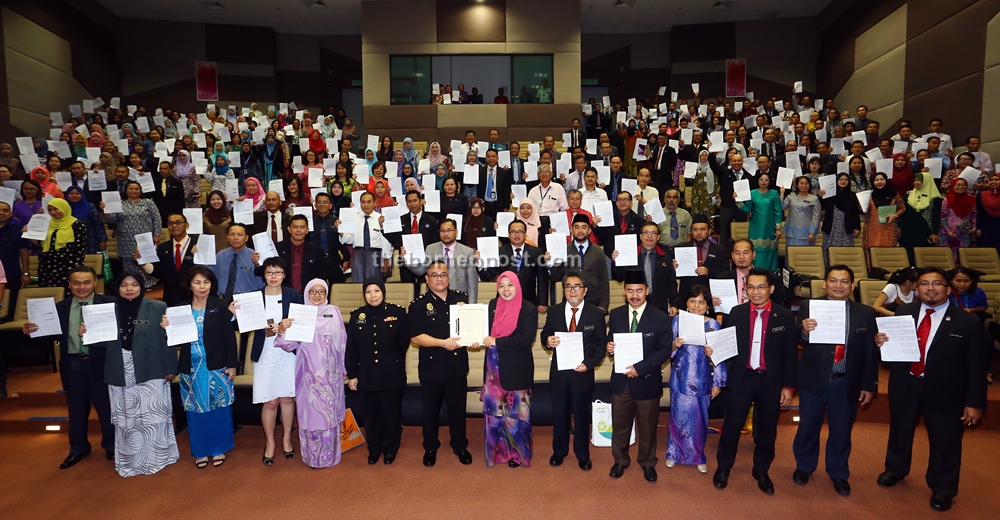 KUCHING: State Education Department staff made a corruption-free pledge during a ceremony held at the department’s headquarters at Jalan Diplomatik, Petra Jaya today.

According to Malaysian Anti-Corruption Commision state deputy director Zulhairy Zaidel, who was speaking at the event, the commitment shown by the staff members is a sign of the department’s wish for a conducive and bribe-free working environment.

“Civil servants are more exposed to the possibility of corruption and power abuse, and we need to start from the ground up to ensure that the department is committed and bribe-free,” he added.

Describing the statistics of civil servants tendency to accept bribes as “high”, Zulhairy reminded civil servants that what they gain from accepting bribes is small compared to tarnishing their integrity.

“This step taken by the Education Department should be emulated by other departments in demonstrating their commitment to fighting corruption,” he added.

On a related matter, Zulhairy said MACC through its community education unit has formed the Anti Bribe Revolution Move or ‘Gerah’, which will intensify efforts to educate the public on the consequences of accepting bribes.

“We will embark on more intensive programmes such as seminars and talks while at the same time approach government department and agencies,” he explained.

He pointed out that MACC personnel will bolster their presence nationwide and urged civil servants and the public in general to work together with MACC to combat bribery and corruption.