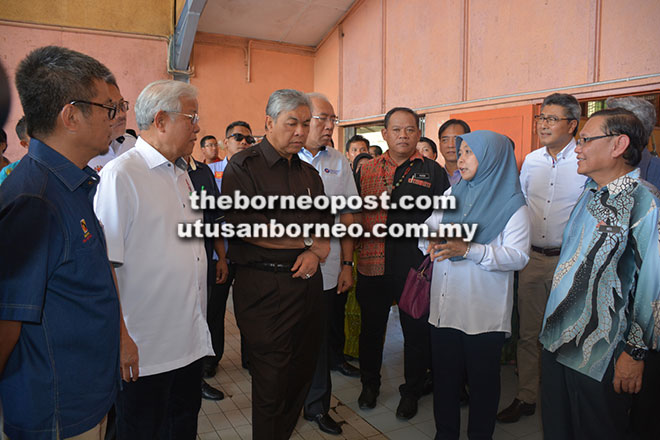 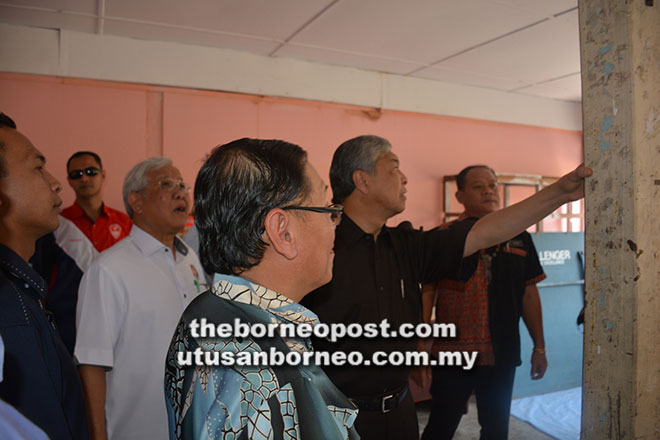 Zahid (second right) takes a closer look at the pillar of the wooden hostel for boys affected by termites, while Manyin (behind him) and others look on. 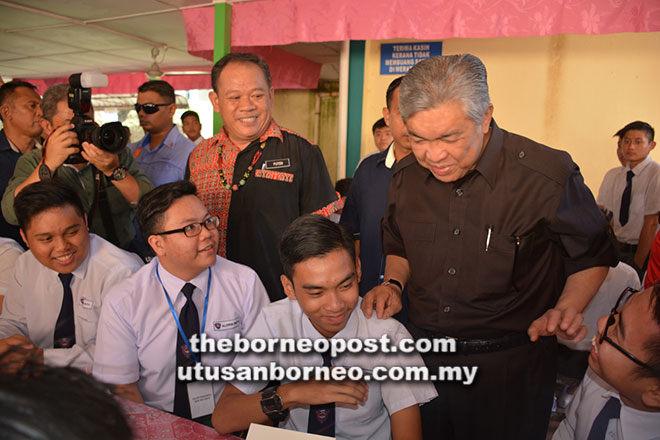 The state Education Department classifies schools under DS3 as those that are old and rundown, more than 50 years old, with buildings certified unsafe by the Public Works Department (JKR), built of wooden structure, with unstable structure and with 75 per cent of their building blocks dilapidated.

At SMK Rosli Dhoby, Zahid saw for himself the appalling condition of the wooden hostel, which houses 43 male boarders and has been attacked by termites.Ahmad Zahid later visited the girls’ hostel, which is still in good condition and houses 98 boarders.

The Deputy Prime Minister was later briefed on the school’s three-storey classroom block, which had been vacated as JKR had certified the building as unsafe.

Ahmad Zahid also took time to mingle with the students and teachers. He also visited the centre for children with special needs in the school.

Meanwhile, SMK Rosli Dhoby principal Tan Tie Muan said the three-storey building had been vacated since early January due to cracks in certain portions of the structure. He said JKR had informed the school through a letter in early January that the building should be vacated.

“We had relocated the students to some other blocks. Hence, starting this year, the Form 1 and Form 2 classes have been shifted to afternoon session. So, we still have to operate double-session,” he said.

Tan said the school had submitted JKR’s reports, including photographs of the vacated block, to the Ministry of Education (MoE). The school was built in 1974 and currently has a student population of 1,067.