Tuesday, July 14
You are at:Home»News»Sarawak»From a singer wannabe to a hairstylist 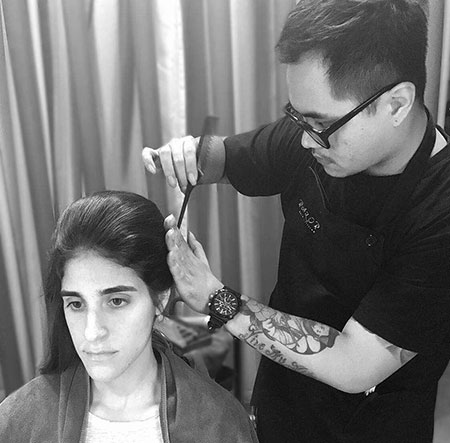 Tommy says his hairstylist’s dream came after he lost in a singing competition. 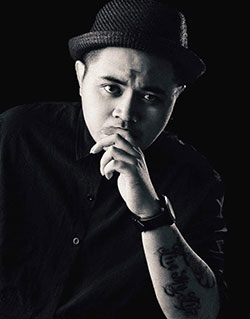 Tommy Boi — the only Sarawakian to compete in September Hair Asia Award 2017.

MIRI: When I first knew Tommy Boi, the only Sarawakian who worked his magic at the final qualifying round for this year’s September Hair Asia Award, it amazed me to learn that this lad had only started his career in the hair industry for less than a decade.

“As a kid, I was a carefree child. I didn’t like to study, so my academic results were not good. I’ve always loved singing – I dreamt that one day, I would pursue my dream to become a singer,” he said in an interview recently.

Skipping classes, he confessed, had become one of his unlikely habits with his schoolmates.

“The only thing that I wouldn’t miss would be practising for singing contests which I pretty much participated throughout secondary school.”

During Form 3, Tommy and his bunch would skip school to have fun around town.

“That’s when I passed by a salon, where I saw male and female hairdressers working their hands into their clients’ hair. That was the moment when I felt that these hairdressers were so talented and at the same time, they looked so cool. For a while, I was inspired by their talents and creativity.”

However, the thought was put aside and he was back to his favourite thing – singing.

After leaving school, he made his attempt by taking part in singing contests around the country.

It is said that his last contest was a huge deal, as the Kuala Lumpur event drew aspiring artistes from every corner of the country.

“I had my hopes high – should I win this competition, I might able to land a contract with a label company.”

To his disappointment, he did not. He felt lost, having no idea what he should do next upon returning home.

“Then, a very good friend of mine reminded me that I could pursue something else – the next most desired thing that I wanted to do, besides singing.”

It was that very moment that Tommy recalled the hairdressers and that random salon from many years ago.

Not long after, Tommy started at a local salon as an apprentice.

“I started as the shampoo guy, slowly working my way up while observing the seniors doing haircuts. It looks like cutting hair is easy but in reality, it is the most challenging part of being a hairdresser,” he said.

Few years later, Tommy was given the opportunity to cut hair. He seized the chance by making sure that he practised whenever he could to perfect his skills.

In between, he said, he had the opportunity to attend a course in Taiwan, learning the necessary skills and observing e new trends in the hair industry.

“What I learnt at the salon was the commercial way of doing one’s hair. Usually, it’s up to the customers. There are lots of them who love to have their hair being done in a similar way — a ‘safe way’ for them to look good.”

As Tommy desired to learn more, six months ago he stumbled upon an experienced and talented avant-garde hair stylist in Hong Kong, whom he got acquainted via Facebook.

“I messaged him and we became friends via Facebook. Knowing that it was neither possible for me to visit him in Hong Kong nor for him to come here, we figured out a way to communicate with each other – the FB messenger was the best option.” 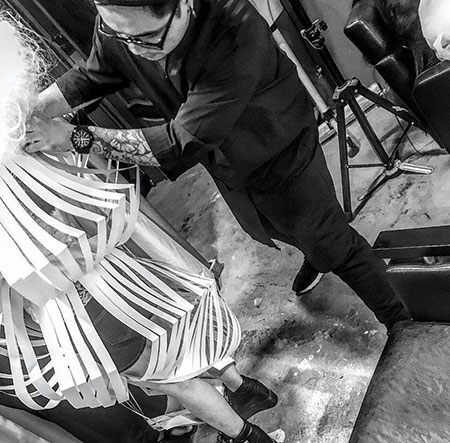 According to Tommy, the avant-garde or ‘super-trendy hairstyles’ have yet to be accepted by the majority of Mirians. 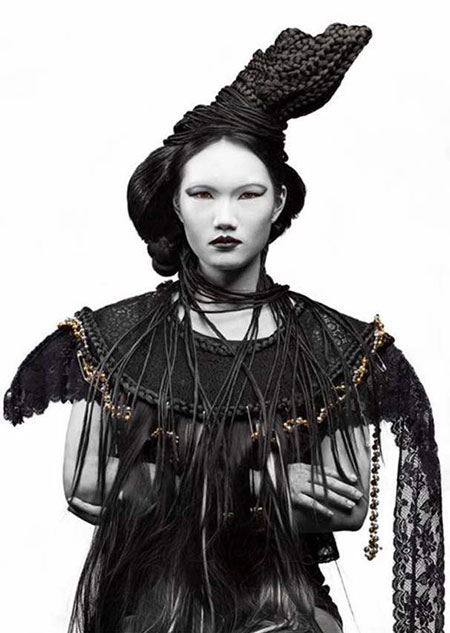 One of Tommy’s hair designs for the September Hair Asia Award 2017.

Since then, Tommy began his lesson with his Facebook friend, learning all about avant-garde skills via the social media platform.

“Avant-garde skills are an unorthodox technique involving creativity and ‘think-out-of-the-box’ innovation. I developed a strong desire to show my own creativity and to do that, I needed to learn about the foundation of modelling hair with the right proportions.”

In just a short time, Tommy decided to put his skills to the test by taking part in the September Hair Asia Award 2017, to be held this Sept 26.

It is learnt that the international event will gather hairstylists from Taiwan, Singapore, Hong Kong, Vietnam and Malaysia who will compete in three categories — ‘Colour Artist’, ‘Avant-Garde’ and ‘Men’s Hairstyle’.

With ‘Amazonian Warrior’ being adopted as his theme, Tommy blends in local beauty, arts and culture into his design in the hope of bringing Sarawak’s beauty and culture to the international platform.

The competition is Tommy’s maiden attempt in making a name on the international arena.

“For me personally, winning or losing does not matter. I participate in the hope of gaining knowledge and experience, and socialising with people from different countries and backgrounds. I hope to learn more because the more you learn the humbler you’d get — that is certain, if you want to go a long way in the industry.”

Sharing his experience as a hairdresser here, Tommy opined that avant-garde or ‘super-trendy hairstyles’ have yet to be accepted by the majority of Mirians.

“People tend to prefer staying safe. Ironically, I would often look forward to help clients design the hair according to their identities. It is because the hairstyles that they prefer may not always suit them, due to reasons like the shape of their faces and heads; or how new hair and colour could bring out the best of their natural facial features.”

Tommy also hoped that his experience could inspire more young ambitious talents to be ‘courageous in pursuing their dreams’.

“There are many young people out there who are often told what they can or cannot do. Instead of just listening to these ‘advices’, they (young people) should go out there, be adventurous and willing to go the extra mile to learn, though they may stumble and struggle along the way,” he said. 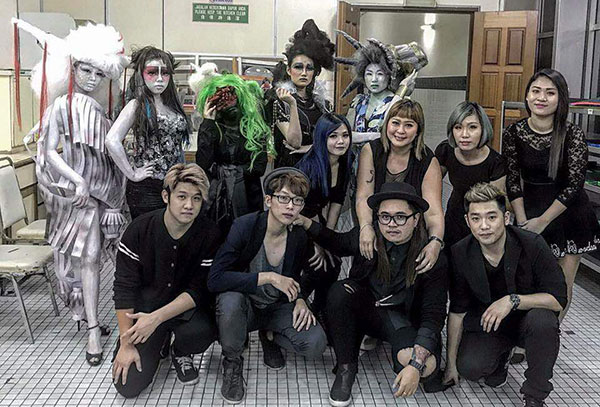