Wednesday, January 19
You are at:Home»News»Sarawak»Electricity from Bakun Dam will not be sold to Peninsular Malaysia – CM 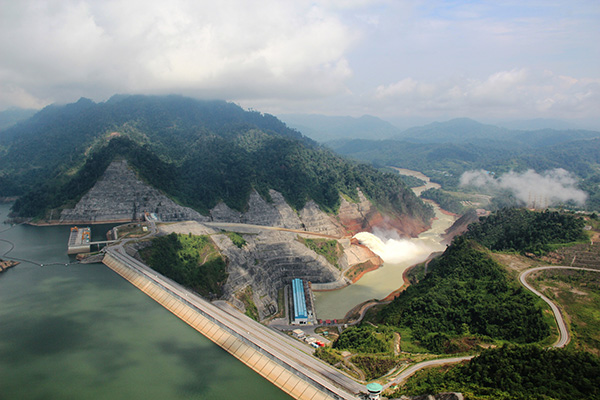 An aerial view of the Bakun HEP Dam. File Photo

KUCHING: The state government will not sell electricity generated from the Bakun Dam to Peninsular Malaysia.

Chief Minister Datuk Patinggi Abang Johari Tun Openg said the state would use the power for her own consumption and sell it to Indonesia.

“The government will not sell electricity to Peninsular Malaysia because to lay underground cables will be very expensive, and there is also the problem of leakage.

“We will use the power for ourselves and sell it to Pontianak in Indonesia like what we are doing now,” he told reporters today during a press conference to announce the temporary closure of the Sarawak Museum.

Abang Johari also revealed that Prime Minister Datuk Seri Najib Tun Razak will officially hand over the Bakun Dam to the state government at a later date, which he did not disclose.