Wednesday, January 19
You are at:Home»World»Philippine lawmakers do rights backflip after outcry 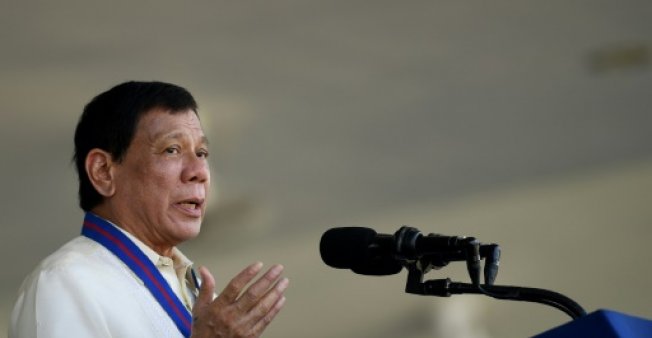 The initial move to cut the Commission on Human Rights’s budget was in response to its criticism of President Rodrigo Duterte’s controversial war on drugs, which has claimed thousands of lives. AFP File Photo

MANILA: Philippine President Rodrigo Duterte’s congressional allies have restored the budget of the nation’s human rights commission following an outcry over their vote last week to slash its annual funding to just $20.

The initial move to cut the Commission on Human Rights’s budget was in response to its criticism of Duterte’s controversial war on drugs, which has claimed thousands of lives, with the president also verbally targeting its chairman with abuse.

Opposition lawmakers and other critics of the drug war condemned the vote in the House of Representatives, saying it was part of a campaign by Duterte and his allies to silence dissent and impose authoritarian rule.

House leaders said Wednesday night’s decision to restore the commission’s funding to 623 million pesos ($12.2 million) was because they had extracted an agreement from the commission to look at issues other than the drug war.

“The CHR specifically agreed to look at ALL FORMS of human rights abuses involving civil and political rights, including those allegedly committed by (communists), Abu Sayyaf (militants) and other private armed groups,” House Majority Leader Rodolfo Farinas said in a text message to AFP on Thursday.

The commission is one of several independent government bodies set up by the Philippine constitution to check the power of government, including police and military forces.

The body has been investigating some of the deaths of the more than 3,800 people reported killed by police and other drug enforcement agencies in the drug war, as well as thousands of unexplained murders.

The commission’s chief, Jose Luis Gascon, confirmed to AFP on Thursday he had met house leaders the previous day to discuss the proposed budget cut.

But he did not confirm Farinas’s version of the outcome, and emphasised that the commission would require even more money if it was to begin investigating alleged abuses by groups outside of government.

“I clarified that we already have programmes for promoting the rights of all,” Gascon told AFP in a text message.

“If we were to significantly expand our investigation work beyond violations of state authorities, it will require more funds beyond that currently in (the proposed budget).”

The opposition Liberal Party said the restoration of the commission’s budget was a victory for the many groups that voiced outrage at the initial decision.

“It is a win for human rights, for collective action, and for truth and reason,” the party said.

Duterte on Saturday likened Gascon to a “paedophile” and called him a “son of a whore” for expressing concern over the police killing teenagers in the drug war. – AFP