Thursday, October 22
You are at:Home»Columns»Quick Chat»Finding her voice through music 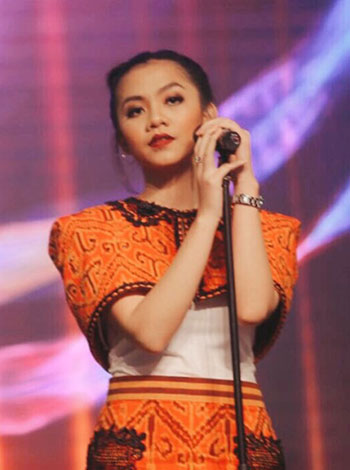 SINGER-songwriter Sasha Ningkan will head to Japan at the end of next month to perform with fellow Sarawakian Mohammad Noh Salleh — the frontman of Malaysian band Hujan — on the ‘Borneo Kara No Tabibito — Japan Tour’. What started off as a simple plan to visit the Land of the Rising Sun with friends to celebrate her 22nd birthday has turned into an impressive showcase with stops in Tokyo, Osaka, and Kyoto.

Ningkan describes her music as a mixture of RnB and Jazz with, at times, experiments of Psychedelic-Electronic sounds, as she loves learning about and exploring new music. On her original self-produced tracks such as ‘Got You’ and ‘Gotta Be’, as well as her version of favourites like ‘Bengawan Solo’, there’s a somewhat ethereal quality to Ningkan’s vocals. She calls music a love that enables her to express and explain emotions, as well as tell her story.

Considering that she only began performing seriously around the state in 2012, the granddaughter of Sarawak’s first Chief Minister, Tan Sri Datuk Amar Stephen Kalong Ningkan, is indeed coming into her own as an artiste. She recently took the time to speak to thesundaypost about her artistic endeavours. 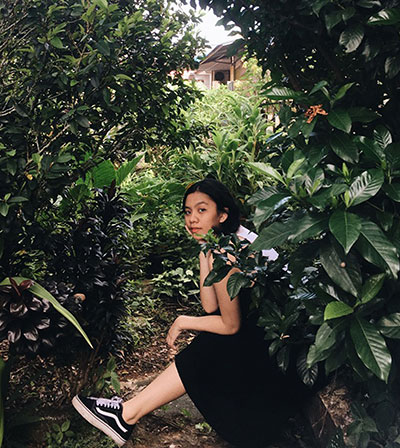 How did you start singing?

I started playing around with my late brother’s keyboard when I was eight years old, and played the guitar and wrote songs/lyrics at the age of 13. Music has always been something that I’ve been fascinated with. I grew up listening to stories of my late grandfather — that he loved singing ‘Terang Bulan’ during family occasions and about his obsession with a Japanese song called ‘Kuni No Hana’ and also P Ramlee. Most of my family members sing and play music. I guess music is in the blood. At age 13, I joined the church choir at St Thomas’ Cathedral for four years but stopped when I was 18 because I was busy with my studies. I began performing at gigs and open mic events back in 2012.

You were quite shy growing up. What was the key to your transformation?

I am still shy. I really am, but it was worse before. The stage has always been the scariest place since I was little. I remember crying during a kindergarten concert finale because I was terrified. I started gaining confidence when I joined Azam Young Souls. From there, I got to meet people, I got to speak in front of a lot of people, I got to sing in front of many people from different places and backgrounds, and that’s how I learnt how to be more confident. Day by day, it got comfortable, and I eventually got used to it. No doubt, I am still nervous before performing, but I will be fine after a while. 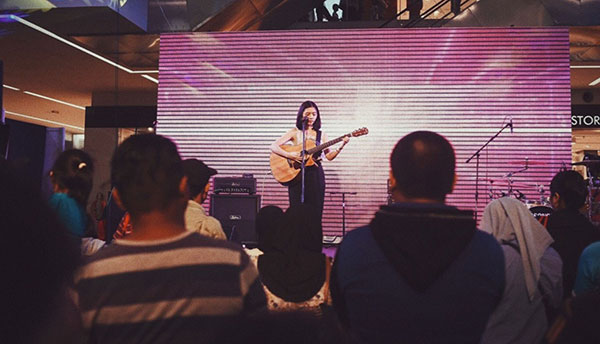 Ningkan only began performing seriously around Sarawak in 2012. Here she is seen at last year’s Cats Day Out Volume 5.

What were some of your most memorable performances?

My most memorable performance would be the Jeenx Music Festival back in 2013 at the Sarawak Cultural Village. Not because it was one of the best festivals but because it was my first time performing on a big stage with a band and also shared the stage with so many talented musicians from KL and also Sarawak.

Performing in rural areas would also be among the most memorable ones too. I’ve performed in Mukah, Song, Kapit, Sri Aman, Betong, Marudi, Lundu, Sarikei, and a few more places. I truly love the crowd and how they are very supportive and I love how they appreciate our presence during and after the performance. Everything from them is so pure and I love how they get very excited whenever we sing for them. It really does not matter if you are not a rock star or a superstar because they appreciate every single thing you do for them.

And lastly, during my visit to the Sarawak Children’s Cancer Society (SCCS) during my birthday, when I met and sang for a little angel named Racheal.

Who are your musical influences? 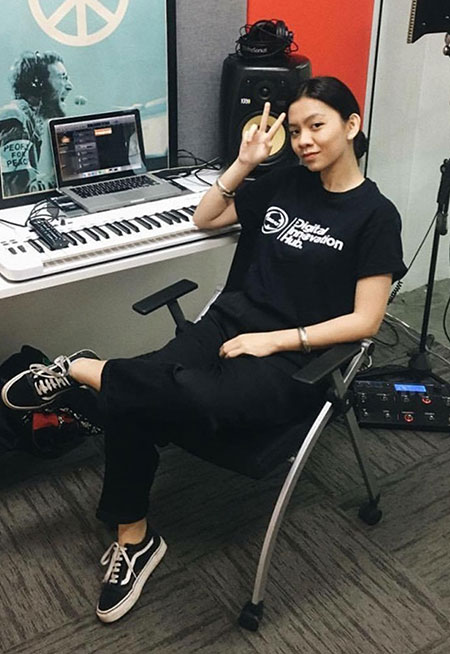 How would you describe your sound today compared to when you first began?

There is not much of a difference. I still sing with my acoustic guitar during my live performances, while for the recorded ones, I mostly use electronic stuff.

Original music — what inspires you? Are there stories behind your songs?

What inspires me? My surroundings, nature, emotions, memories, words, feelings, experiences. I sing about love

and true feelings. I try to focus on that and a little bit of emotional stuff. I make sure everything comes from the heart and not something I just want to write about.

You make full use of various platforms to share your music with the world. How do you put your songs together?

Oh yes, I do. I only use the basic music software in my MacBook Pro to record my songs — GarageBand! The other software programmes are just so complicated, but I am still in the process of learning how to use the other music software. 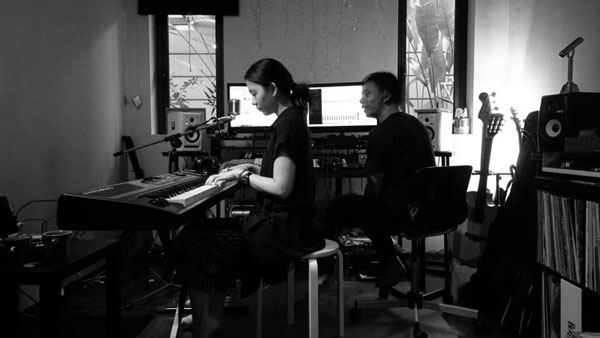 Ningkan is seen at work in a studio.

The Japan tour — how did that happen?

Noh Salleh was telling us that he would go to Japan in October. So he asked if any one of us would like to join with him.

Since most of us have always wanted to go to Japan, we then checked the plane ticket and without any doubt, I bought the plane ticket! A few more of us then bought the ticket too. Our plan was to ‘jalan-jalan’ with friends and to celebrate my birthday in Japan. Then a friend, Matt, asked if we would like to perform in a few places in Japan since we were there for 12 days. And why not right?

Matt then contacted his friend, Junichi San, who is Japanese but knows how to speak Malay. Noh also has connections in Japan and asked for help as well. He then helped us to find shows, and he managed to get four shows for us in Japan; two places in Tokyo, one in Kyoto and another one in Osaka. And that is how ‘Borneo Kara No Tabibito’ — Noh Salleh and Sasha Ningkan Japan Tour happened. We did not expect this because it was far from our main agenda for Japan. And then we were surprised that there are sponsors and supporters from Sticky Box and My Chef. We were quite touched by the support from Malaysians and also from the Japanese. Some bought tickets to Japan to watch our performance and we are blessed to know there are people who are willing to do so. The tour will be from Oct 28 until Nov 4.

What do you hope to achieve during the tour?

Since it is such a huge step for me, I am blessed enough to be on this tour. There is nothing much that I am expecting but I just hope that everything goes well and that all of us will have a lot of memorable memories that we shall keep until the end of our lives.

Could you see yourself doing music full time in future?

This is a difficult question for me to answer. I am not quite sure yet. I have always wanted to make music full time but I cannot foresee myself doing that yet. If there is a future in my music career, why not right? We can always give it a try. If it does not happen, we can always find a way to work things out.

What are your other passions?

Also, please pray for our journey to Japan and that everything may go smoothly as planned. 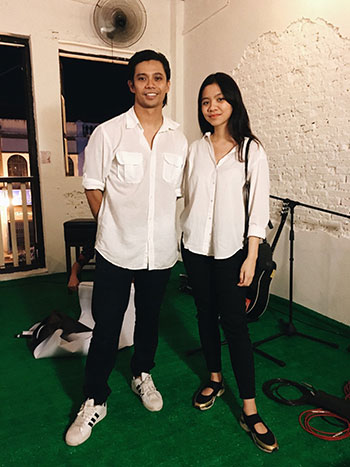 Ningkan and Noh will head to Japan next month.