Tuesday, June 15
You are at:Home»News»Sarawak»Sixth edition of Fairy Cave fest to be held next month 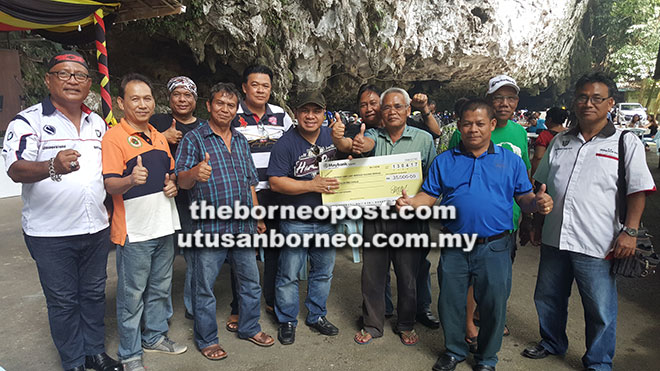 KUCHING: Bau is set to become the centre of public gathering again as the Fairy Cave Festival returns for its sixth edition next month.

Scheduled to be held from October 13 to 15, the festival promises to be packed with exciting activities in Bau and Krokong in particular.

The annual festival, organised by the Fairy Cave Heritage Berhad Cooperative, is among activities listed in the Sarawak tourism’s calendar.

Fairy Cave is situated at Krokong Road in Bau, about 60km from here. Serembu assemblyman Miro Simuh said the festival, which usually attracts huge crowds comprising both locals and foreigners, will kick-off with the traditional cultural performance, followed by the birds’ nest and honey collection demonstration on Friday.

He said stalls selling food and beverages as well as handicrafts would also be available within the vicinity of the rock climbing site during the festivals.

“In the evening there will be live music performances by the Bidayuh artistes such as Timothy, Mega Force, Lucy Luut, Bujang Serikin and the Midnight Strangers Band,” he told The Borneo Post at a simple handing over of mock cheque ceremony on Sunday.

Miro said the Sarawak Adventure Challenge (SAC), which has become the highlight of the festival, would be held on the second day.

“This is an international event, which is open to both locals and foreigners.

“This year we are expecting participants from Germany, Canada, South Africa and some countries from South East Asia to turn up for the event,” he said.

Aside from that, he said visitors can also participate in the popular rock climbing, blowpipe competition while watching bird nest and honey collection demonstration.

Miro said Minister of Tourism, Arts, Culture, Youth and Sports Datuk Abdul Karim Rahman Hamzah is expected to officiate at the opening ceremony and give away prizes to winners of the SAC.

He said at night there will be live music performance called the “Dangdut Night”, in which the crowd will be entertained by singers from Bangkayang, West Kalimantan, accompanied by local band The Midnight Strangers.

Miro has allocated RM35,000 from his minor rural project fund to organise the festival this year.