Saturday, January 16
You are at:Home»News»Sarawak»Drones prove useful in ops against illegal logging 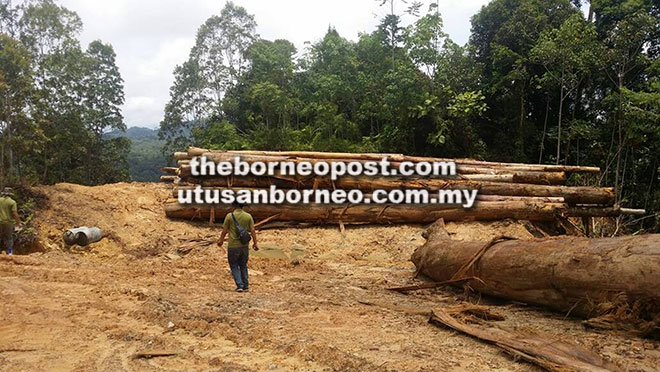 Some of the unmarked logs discovered at the site in Ulu Balleh.

KAPIT: The usage of drones proves to be invaluable in the campaign against illegal logging.

This was evident during a joint raid by Sarawak Forestry Corporation (SFC) and the Marine Police on a site at Nanga Meramah in Ulu Balleh near here on Friday.

According to SFC, a drone was used to search over the area, following a tip-off on a suspected illegal logging operation there.

“From the raid, a total of 469 logs of various sizes and species amounting to about 700 cubic metres were confiscated. These unmarked logs are believed to have been illegally extracted from the nearby forest,” it said.

A report on the raid was lodged at Kapit police station.The case has been handed over to Forest Department for further investigation and disposal.