Monday, August 3
You are at:Home»News»Sarawak»Study on impact of tourist arrivals in Sarawak vital — Minister 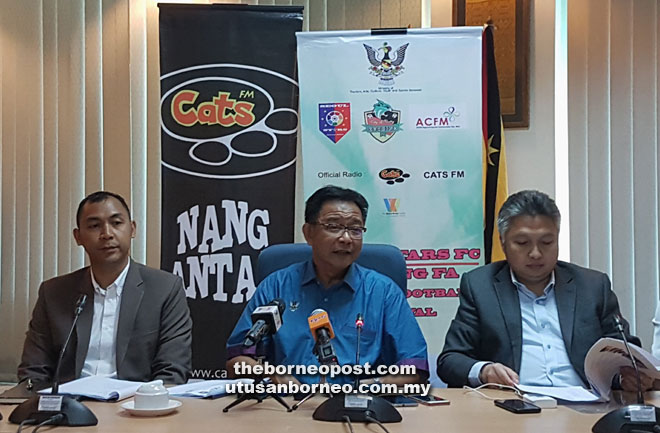 Abdul Karim, flanked by Snowdan on his left and Fazzrudin, speaks to reporters at the press conference.

KUCHING: The state government wants to study the impact of having many tourists visiting Sarawak before it negotiates on getting more direct international flights to the state.

According to Tourism, Arts, Culture, Youth and Sports Minister Datuk Abdul Karim Rahman Hamzah, this study needs special preparations in that the government must first make sure that Sarawak is ready to accommodate a huge amount of visitors.

Speaking during a press conference at his office here yesterday, he pointed out that there is no point of inviting more tourists to Sarawak if the state could not provide the facilities for them.

“There are lots of things needed to be studied before we could call for more tourists to come to Sarawak. We want to make sure that we can provide what is best for them (the tourists),” he stressed, adding that one of the provisions would be prices of local items such as food.

Abdul Karim pointed at Sabah as an example of a state popular among tourists, where the prices food – more specifically, seafood – are expensive.

“Even the locals (Sabahans) could not afford to buy seafood there. We do not want that to happen here,” he said.

Sarawak is set to have a direct international flight to and from Shenzen in China by the end of this year.

On this, Abdul Karim also disclosed that there would be many direct international flights planned by the state government, including one via South Korea, which he said ‘is a possibility’.