Saturday, June 19
You are at:Home»News»Sarawak»Guideline on shark species needed 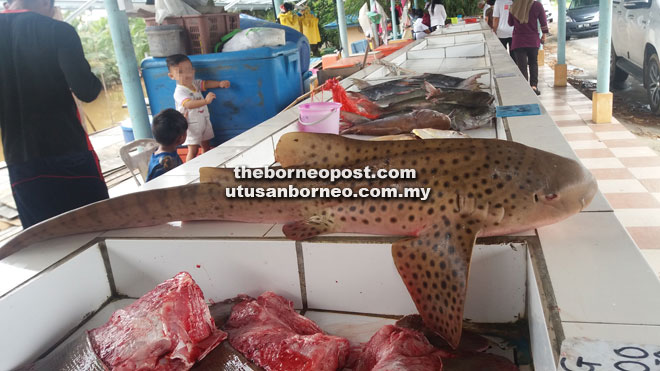 The juvenile Zebra shark was sold at RM20 per kilogramme. — Photo by Iqbal Abdollah 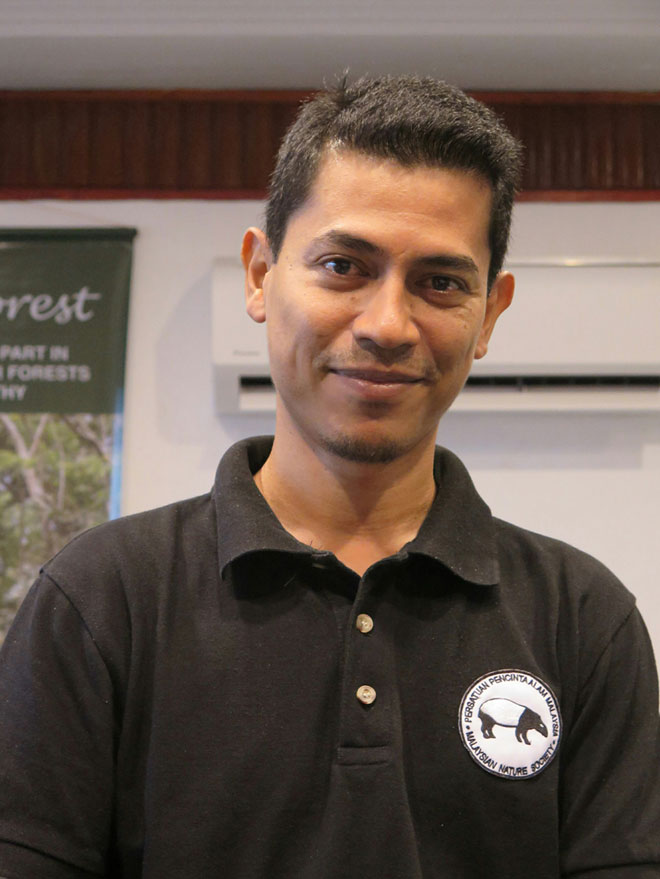 MIRI: The authorities have been called to conduct research on the few types of sharks which have been listed by international bodies as endangered species.

The call was made by Malaysian Nature Society (MNS) Miri branch chairman Iqbal Abdollah after he came across a juvenile Zebra shark, also known as Indo-Pacific leopard shark, being put up for sale at a stall in a market near here on Sunday.

“The shark, whose scientific name is Stegostoma fasciatum and are usually found throughout the tropical Indo-Pacific, with its sub-population found in Indian Ocean, Southeast Asian and Eastern Indonesian-Oceania, though not rare, has been listed as endangered in the International Union for Conservation of Nature (IUCN) Red List of Threatened Species,” he said when contacted by The Borneo Post.

“The relevant authorities should draw a proper and stricter guideline on the types of fish that can be sold at the market to prevent endangered species from being served on the table,” Iqbal, who is an environmental activist, said.

Zebra shark is a species of carpet shark found in warmer coastal waters, frequenting coral reefs and sandy flats up to a depth of more than 60 metres. The nocturnal creature spends most of its day resting motionless on the sea floor, and actively hunts at night for molluscs, crustaceans and small fish.

According to the report by IUCN, zebra sharks are being driven to extinction due to great levels of exploitation and ongoing threats that occur in Southeast Asia, particularly Thailand through to Indonesia.

Observation on the species saw a reduction of over 50 per cent of its population within three generations and hence, the species has been assessed globally as ‘endangered species’.

“They are, in fact, popular subjects of eco-tourism and aquariums. Usually when caught by foreign fishermen, they are actually sold as aquarium pets,” Iqbal added.

However, in Malaysia it is not listed as protected species by the Fisheries Act 1985 and Sarawak Wildlife Protection Ordinance 1998, which appalled him.

Iqbal, who is a member of Special Interest Group on Marine in MNS and a Professional Association of Diving Instructors (Padi) dive master, stressed on the importance of protecting these species as they are valuable marine life in the recreational scuba diving industry.

“Divers are willing to pay several hundreds of ringgit in fees to get the thrill of seeing live sharks. It certainly is a very valuable experience,” he said.

Though it is understood that the shark was a by-catch after it was trapped in the net, Iqbal said he felt devastated that the fishmonger was selling it at RM20 per kilogramme.

Iqbal took to Facebook to vent his anger and disappointment over the ignorance amongst the community and relevant authorities on the importance of protecting marine life.

“Marine life plays a great part in Miri’s eco-tourism and I really hope the Ministry of Tourism Sarawak, Fisheries Department and others will conduct necessary research on the few types of shark species and to upgrade its status to protected species in Sarawak and Malaysia,” he said.