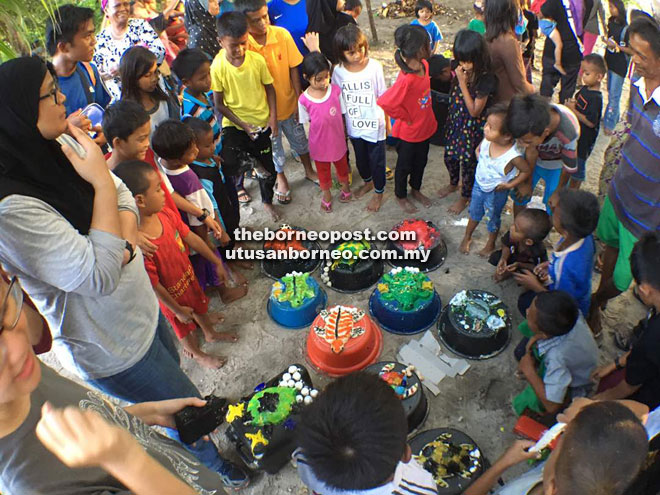 TMP is located within Kudat, Pitas and Kota Marudu districts in northern Sabah.

TMP is a global symbol of how we can collectively commit to serving nature and humanity, benefiting both the environment and local communities. The area has rich marine biodiversity and is home to elusive dugongs and endangered marine turtles as well as other regular visitors such as migratory whales.

Diverse habitats ranging from mangroves, seagrass beds to coral reefs contribute to the rich marine biodiversity. This in turn provides food security for not only 85,000 inhabitants dependent upon it, but also the more than 120 million people in the Coral Triangle region.

Tigabu Island hosted the festival this month to highlight turtle conservation work being done in the Tigabu-Tambulian-Kukuban Island complex.

The first island-based turtle hatchery was launched on Tigabu in TMP to raise awareness on turtle conservation and threats such as fish bombing and use of poisons like cyanide.

Meanwhile, KBT member Absan Saman said he wanted one of the world’s most endangered creatures to continue to thrive around Tigabu and TMP.

Agreeing with this, KBT chairman Sulaiman Amir invited the community of Tigabu to work together to protect marine turtles for future generations. The Tigabu-Tambulian-Kukuban Island complex includes the three named islands and Mantabuan Island.

KBT identified these areas as turtle nesting sites back in April 2017, and supported recommendations for the TMP Management Plan. KBT works with Sabah Parks for the protection of these turtle nesting islands and their surroundings, and work to combat Illegal, Unreported, and Unregulated (IUU) fishing, including bomb fishing.

KBT takes on the role of collaborative manager to protect habitats in TMP under the WWF-Malaysia Marine Programme.

“They patrol and monitor turtle nesting beaches at Tigabu-Tambulian-Kukuban Islands complex and set up a turtle hatchery on Tigabu Island.”

From April to September 2017, some 15 turtle nests have been relocated from the islands to the hatchery; 14 of the nests have hatched and hatchlings were released. The two types of turtles nesting there are Green turtles (770 eggs) and Hawksbill turtles (315 eggs).

Melvin Richard from SWD and park manager from Sabah Parks, Fazrullah Rizally Abdul Razak were touched to see the Tigabu community come together to protect and conserve turtles.

Their effort was supported by the Village Development and Security Committee chairman Jasni Matoha who wanted to see marine turtles protected in the area.  The TMP is a vast area, and community assistance for enforcement agencies is needed to sustain the biodiversity and marine resources at the park.

It is hoped that this festival and turtle conservation activities will spark awareness among the communities of TMP of the importance of taking care of the marine environment and natural resources around them.