Saturday, December 3
You are at:Home»News»Court»Jailed and fined for smuggling wild birds 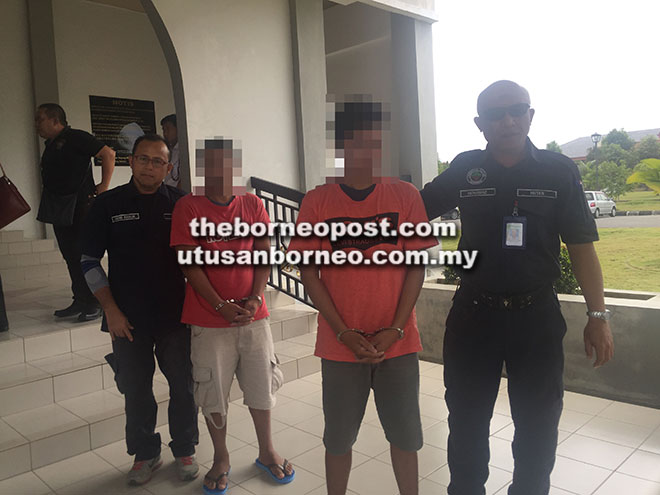 Two of the men are escorted away following the sentencing.

KOTA SAMARAHAN: The Sessions Court here yesterday sentenced four Indonesian men to a year in prison and fined them RM1,000 each for illegally being in possession of 755 Oriental Magpie-Robins.

According to the facts of the case, army personnel stationed at the Tebedu Immigration, Customs, Quarantine and Security (ICQS) complex detained the four men as they were trying to escape through illegal points along the Malaysia-Indonesia border around 4.40pm on Sept 15.

Upon inspection, the men were found with 56 cages containing wild birds. They also failed to produce any valid licence from the wild life controller to be in possession of the birds.