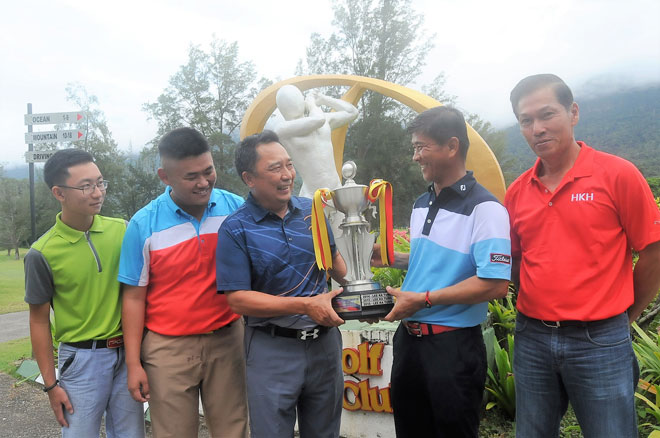 KUCHING: Defending champion Lee Ka Tung from Sibu Golf Club (SGC) is going all out to defend his title at the 4th Sarawak Grand Golf Championship which kicks off today (Oct 13) until Oct 15 at Damai Golf and Country Club (DGCC).

The 47-year-old single handicapper had won the event back-to-back since it was introduced by Sarawak Golf Association (SGA) in 2014 and this year’s event had attracted golfers from neighbouring Sabah and Brunei while top golfers from Sibu, Miri and Bintulu are also competing.

“It will be challenging for me because there are so many other contenders who are also vying for the champion’s trophy and there are many upcoming junior golfers joining in the fray,” said Lee.

According to him, this would be his second stint at DGCC this year after winning the Sarawak’s leg of the recent Astro Masters Golf Championship at the same venue in September.

“I have always been impressed with the pleasant scenery and calm surrounding here (DGCC) but it is still a challenge to take on the greens even though the fairways are reasonable manageable,” said the Sibu-based golfing ace, who won almost all of the major local events.

Meanwhile, the defending champion in the ladies category Angel Hii is expected to face stiff challenge from 11-year-old Mirabel Ting from Miri Golf Club (KGM) who won the recent 29th Sarawak Amateur Ladies’ Open Golf Championship in May at the Sibu Golf Club.

Another contender for the ladies category is Zulaikah Nurziana Nasseer from KGS, who is former Sarawak Sukma golfer and was third in this year’s 18th Sibu Amateur Open Golf Championship.

A total of 10 female golfers are competing in the Sarawak Grand Golf Championship.