Tuesday, July 5
You are at:Home»News»Sabah»Airbnb illegal in Sabah – lawyer 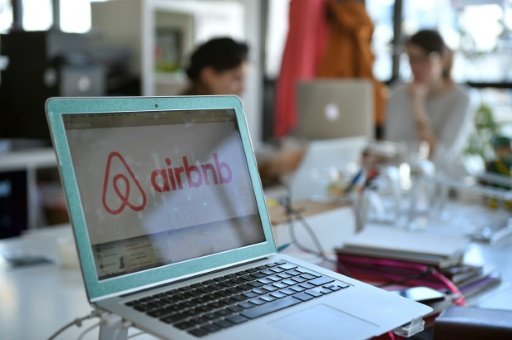 KOTA KINABALU: Prospective Airbnb operators have been urged to do their homework by reviewing their respective local laws before signing up for the online marketplace and hospitality service Airbnb.

Christopher Chin, a lawyer from the Sabah Law Society (SLS), said that Airbnb’s contractual obligations work in such a way that the burden to ensure that Airbnb is actually legal in a particular country lies on the operator.

“When you lease your property on Airbnb, Airbnb will assume that you have done your homework and that you have established that Airbnb’s operations are legal in Kota Kinabalu,” Christopher said at the Airbnb: Challenges and the Way Forward seminar at the Sabah Golf and Country Club (SGCC) yesterday.

He also said that local authorities would vary on how they regulate Airbnb operations. For example, Airbnb has been banned in several cities, such as Singapore, Paris, Barcelona, Berlin, Amsterdam and even London.

Christopher noted that is vital for the host (the owner of the property) and the guest to understand that the latter’s occupation in the former’s property is by way of license and not tenancy.

As opposed to tenants, a licensee (guest) will not have exclusive possession as the licensor (host) will have the right to enter and access to the rented premises, Christopher said, adding that Airbnb is a commercial activity.

“Airbnb is a commercial activity because it has the following characteristics, namely, short-term use, absence of exclusive possession, housekeeping services and the fact that it is subject to the Innkeepers’ Ordinance.

“For a building to qualify for Airbnb it must be designed for commercial use under the Development Plan (DP),” he said, adding that fire safety requirements by the Fire Department (Bomba) must also be fulfilled.

The seminar was organized by the Malaysian Institute of Estate Agents (MIEA) together with the Subsidiary Title Owners and Purchasers Association Sabah (Stops).

As most people are aware of, Airbnb is yet to be deemed as legal in Sabah.

However, in August this year, the DBKK had announced that it might be coming up with a set of guidelines for Airbnb operators, thus showing them the light at the end of the tunnel.

When asked whether local Airbnb operators were given the chance to weigh in their thoughts on the proposed guidelines, Sally said it was not possible for the DBKK to do so just yet.

“We had conducted two meetings so far. During the second meeting, we had invited all the professional bodies, hotel associations, Stops and Shareda.

“At the moment, Airbnb is illegal in Sabah. We cannot establish who is the operator for Airbnb. We do not have the list,” she explained.

It is understood that a group of local Airbnb operators had even made a courtesy call to Mayor Datuk Yeo Boon Hai on the said matter.

She reiterated that the DBKK would not be able to invite the Airbnb operators for a meeting if the draft for the proposed guidelines had not been completed yet.

Previous ArticleZahid: RM2 mln to make GNN an annual programme
Next Article The week at a glance 15 Ocotober 2017