Saturday, December 3
You are at:Home»Business»BizHive»The week at a glance 15 Ocotober 2017 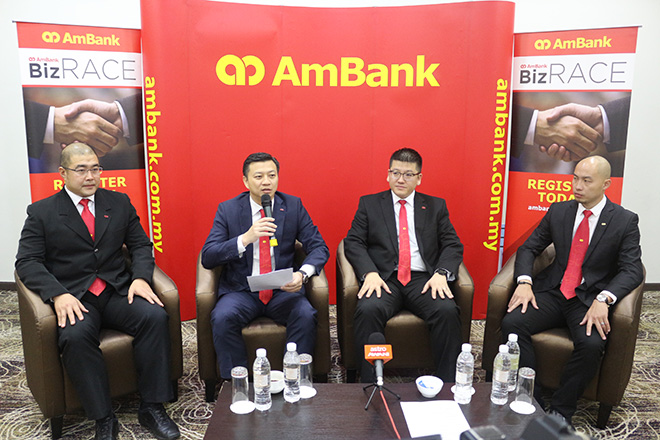 ASLI CEO: Sarawak is still ‘the state to watch’

Sarawak is still in the spotlight as the Asian Strategy & Leadership Institute (ASLI) pegs the state as being one to ‘watch out for’ in Malaysia in terms of economic and industrial transformation and development over the next 20 years.

This sentiment was shared by ASLI chief executive officer Tan Sri Dr Michael Yeoh during the fourth edition of the annual Sarawak Business and Investment Summit on Monday.

A Malaysian Palm Oil Board delegation is set to meet members of the European Parliament in Brussels next week to address issues pertinent to palm oil. Malaysian Palm Oil Council chief executive officer, Dr Kalyana Sundram, said they would also discuss several issues regarding the MEP’s Draft Report on legislative or non-legislative issues, including environmental and health concerns.

Despite achieving RM5.5 billion of new business loan applications in the first half of their financial year, AmBank Group Bhd (AmBank) setting its sights on expansion in Sarawak with new business centres and its ‘AmBank BizRace’ campaign. Speaking to The Borneo Post in an exclusive interview, AmBank’s managing director for its business banking segment Christopher Yap revealed that the group is currently in the process of interviewing prospective team members to join and expand their Sarawakian operations.

The Association of Banks in Malaysia (ABM) has strongly refuted allegations regarding the hardships of house buyers to get housing loans as per reported in a local news daily recently. In a statement, ABM said the article, titled ‘More developers helping homebuyers with their downpayment’ on Sept 20, 2017, also alleged that the loan approval time was increasing.

The public has been urged to report any parties or individuals misusing the Perbadanan Usahawan Nasional Bhd (PUNB) brand name to serve their own purposes. Chairman, Tan Sri Mohd Ali Rustam, said in the past two months,

PUNB had made three police reports on the misuse of PUNB’s brand name, logo and acronym.

Bursa Malaysia to close for Deepavali

Bursa Malaysia Bhd and its units will close on Wednesday, October 18, 2017 for Deepavali. Bursa Malaysia said it will resume operations on Thursday, Oct 19. 2017.

Asean Central Banks and Monetary Authorities have agreed to renew the memorandum of understanding (MoU) on the ASEAN Swap Arrangement (ASA) for another two years from Nov 17, 2017, providing a total of US$2.0 billion in financial support.

Previous ArticleAirbnb illegal in Sabah – lawyer
Next Article Be vigilant, alert during the monsoon season