Saturday, July 11
You are at:Home»News»Sarawak»Human remains in culled crocodile confirmed as Bentayan’s 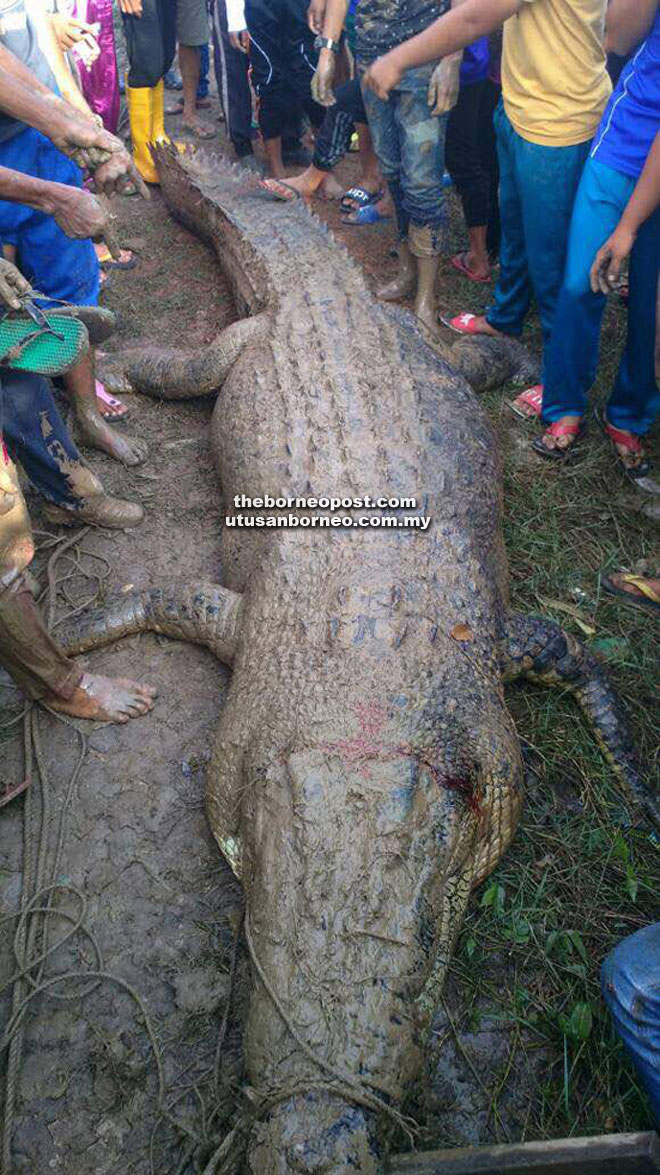 The 4.8 metre crocodile culled at Sungai Rimbas in Pusa.

KUCHING: Police have confirmed that human remains found inside a crocodile culled by Sarawak Forestry Corporation (SFC) on Wednesday was that of Bentayan Ilah from Kampung Tambak.

This was disclosed by SFC who noted that Bentayan’s remains have since been handed to his family for burial yesterday.

The corporation said the crocodile was culled during an operation at Sungai Rimbas in Pusa on Wednesday.

“SFC’s Swift Wildlife Action Team (SWAT) comprising personnel from Kuching and Sibu was dispatched to the location to hunt down the crocodile which recently attacked and killed Bentayan.

“The team installed 13 baited hooks along a five kilometre stretch of Sungai Rimbas and managed to take down the 4.8 metre crocodile yesterday (Wednesday) evening,” said an SFC spokesperson in a statement yesterday.

He added that a post mortem was carried out yesterday morning in the presence of police officers and the victim’s family.

“Some body parts were found inside the crocodile’s abdomen and they were sent to the police for forensic DNA analysis.”

On Sept 24, Bentayan was attacked by the crocodile during a fishing trip with his cousin along the riverbank around 3.30pm.

A search and rescue (SAR) operation to locate the 31-year-old was carried out and after three days, the SAR team found body parts which were later identified and confirmed by family members as from the victim.

Meanwhile, in two separate cases, the SWAT teams dispatched to Sungai Kawi in Bintangor and an oil palm estate at Suai in Miri also managed to cull two crocodiles measuring at 3.87m and 3.9m respectively.

In both locations, there have been reports of human-crocodile conflicts.

Members of the public are reminded to notify the nearest SFC or Sarawak Forest Department offices of any crocodile sightings in their areas and not take matters into their own hands as these reptiles are dangerous.