Fans holding up a member of Oh Chentaku during the band’s performance. 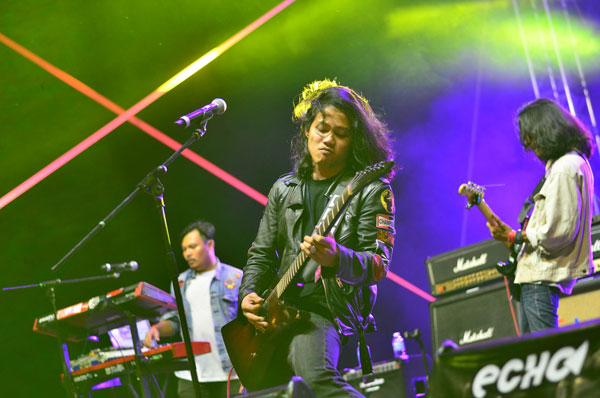 Oh Chentaku treating the audience to his exquisite guitar work.

Over 5,000 people jam-packed the inaugural two-day Festival, also known as #RTBF17, with most of the ticket-holders coming from Miri and other parts of the state.

Many of the festival-goers also came from cities in West Malaysia with direct flights to Miri such as Kuala Lumpur and Johor.

Fans from outside the country included those from Brunei and Singapore.

He added that he also came to support Rose of My Coffin Door, a Bruneian band.

An Ipoh fan who only wanted to be known as Gan, commented: “I think Rocktober Fest Borneo is something fresh. Miri is known for the Borneo Jazz and the Country Music Festival but #RTB17 attracts a new and different crowd.”

As for 24-year-old rock fan Deanna Maria, who flew in from Kota Kinabalu just for the Festival, she listed OAG as one of her favourites.

“I think it’s really fantastic we have a huge rock event in Borneo. I look forward to next year’s event and hope to see more international artistes in action,” she enthused.

The Rock Festival was held at ParkCity Everly Hotel with 37 bands performing live on two stages from 2pm until midnight.

Kicking off the Festival on both days were up-and-coming Bornean bands whose performances in front of a large audience gave them big-time exposure.

One of these bands was Estranged which did its last gig in Miri in 2013.

Delighted that Estranged was able to perform at Rocktober Fest Borneo 2017, band member Rich Gimbang said: “It’s really awesome for us to be back here and be a part of a festival with such great acts.

“The audience was so supportive as well and we’re happy to hear some of our fans travelled from all over to see us play.”

As for his own favourite #RTBF17 set, Rich said he loved the one by XPDC, adding that it was also great to catch new Bornean bands on stage.

Many festival-goers were waiting eagerly for the performance of Hujan whose vocalist Noh Salleh is from Miri.

At a media interview, Noh said he was happy to be back in his hometown.

“It has been seven years since Hujan performed here. I think it’s great something as big as Rocktober Fest Borneo is staged in Miri. I grew up listening to bands like Koffin Kanser, so it feels surreal we are performing on the same stage as they are.”

Hujan was the closing band of #RTBF17, performing late into the night on the second day with crowds singing along to tunes such as Miri and Bila Aku Sudah Tiada. 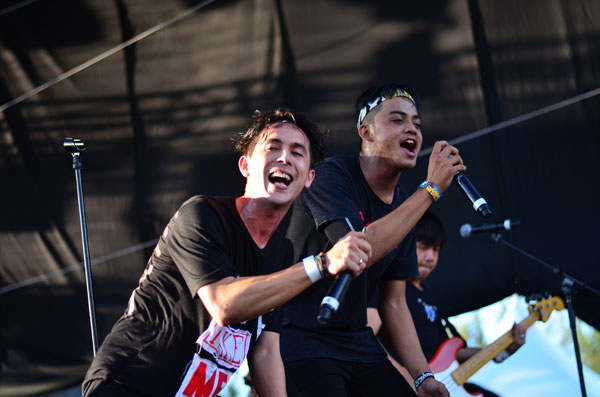 Bunkface performing during the festival. 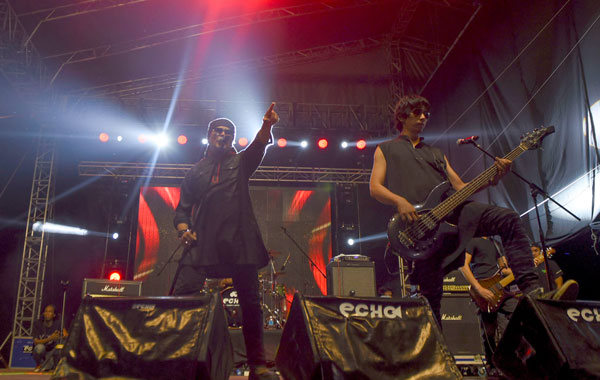 A number of activities were also organised on site such as on-ground giveaways, a massive food village, a mechanical riding bull (for the adventurous), a ‘Horror House,’ a Tattoo Garden, manned by a group of talented Bornean tattooists, and various booths from Rocktober Fest Borneo sponsors.

“We are honoured and humbled by the amazing response to Rocktober Fest Borneo,” said Karl Lian of North Eastern Group, the organiser.

“We wanted to revive the music scene in our beautiful city of Miri by providing a platform for local musicians to showcase their talents on stage alongside established rock bands.”

According to him, both performing rock bands and rock fans alike had given positive feedback to the organiser.

Karl revealed they were already planning for the second Rocktober Fest Borneo next year.

“We can’t say much yet but there will be a couple more international headliners in the 2018 line-up. So fans should follow us closely on our social media platforms for the latest information.”

Rocktober Fest Borneo 2017 was supported by the Miri City Council and the Sarawak Tourism Board, and sponsored by Hotlink, JOOX and Uber.

Sponsor and the official music streaming partner Joox had a live streaming video of the Festival on its platform during the two days, allowing rock fans across Malaysia to virtually be a part of the event.

Uber, a #RTBF17 partner, provided an option for festival-goers with a special discount on the Uber app during the two-day show.

Users were given the convenience to be dropped off and picked up right in front of the festival entrance at ParkCity Everly Hotel. 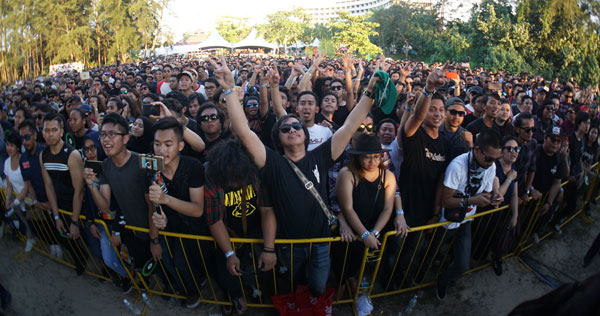 Fans getting pumped up, waiting for their favourite bands to perform. 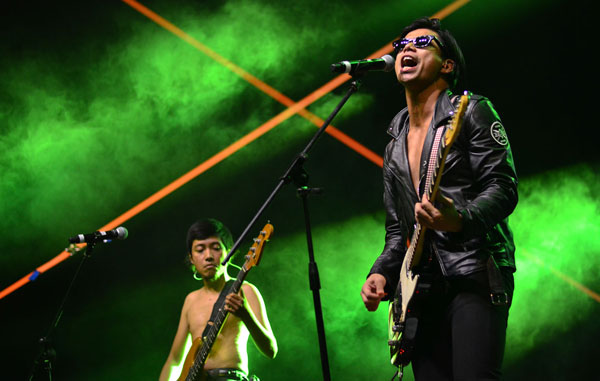