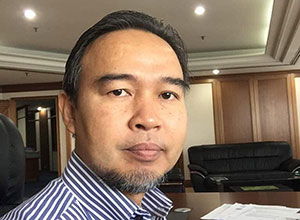 KUCHING: The State Forest Department will collaborate with the Ministry of Tourism, Arts, Culture, Youth and Sports to ensure the success of the Heart of Borneo (HoB) Visit Year 2018 which aims to exploit ecotourism that is based on culture, adventure and nature (CAN).

State’s deputy director of Forest Department, Jack Liam said, the launch of the HoB Visit Year 2018 will be held in conjunction with the official opening of the Non-Timber Forest Product Carnival (NTFP Carnival), 2017 at the Kuching Water Front on Oct 26 (Thursday).

“Besides conservation, HoB was set up to benefit the local community. We also hoped that tourism players would collaborate with their counterparts from Indonesia and Brunei to promote CAN in HoB areas which covers some 26.5 million hectares in the three countries namely, Malaysia (Sarawak and Sabah), Kalimantan, Indonesia and Brunei Darussalam,” Jack said here yesterday.

He pointed out that the main objective of the setting up of HoB was based on five pillars; namely: sustainable forest management; ecotourism based on CAN; natural resources management/sustainable land use/agriculture; community-based rural poverty eradication programme and conservation of biological diversity.

“HoB was the result of a successful dialogue between the three countries on February 12, 2017 under a slogan ‘Three Countries One Conservation Vision’ which aimed to conserve the environment and ecosystem based on sustainable basis for the good of the whole of humanity,” he said.

Jack explained that in Malaysia, HoB is under the purview of the Ministry of Natural Resources and Environment while its implementation in Sarawak is under the Forest Department.

“Two steering committees namely HoB State Steering Committee and HoB Technical Working Group have been set up to monitor its implementation,” he said adding that HoB State Steering Committee is headed by the State Secretary while the HoB Technical Working Group is chaired by Permanent Secretary of the Ministry of Urban Development and Natural Resources.

Meanwhile, Jack revealed that the State Government planned to gazette five more areas covering some 364,000 hectares under HoB. Currently, HoB Sarawak covers an area of some 499,000 hectares over the vast Lanjak Entimau Wildlife Sanctuary (LEWS) which stretches from Batang Ai in Sri Aman to Katibas in Song.

Previous ArticleTravel partners off to Singapore for ITB Asia
Next Article Flight passenger found unconscious in seat, succumbs in hospital